St Patrick's Athletic manager, Liam Buckley, has appointed Trevor Croly as his assistant ahead of the 2012 season.

Croly returns to Inchicore where he was both a player, winning the league under Liam Buckley in 1999, and also as assistant manager to John McDonnell during the 2008 season.

St Patrick's Athletic are also happy to announce that Jake Carroll has signed with the Club for a further two years after impressive displays during the 2011 season. Jake will continue his studies in Maynooth as part of the scholarship programme.

"Jake is a promising left-back who has a bright future ahead of him. There was a lot of interest from other clubs so it was important that we made this signing at this time" - Liam Buckley

Liam is talking to the players who were involved during the 2011 season over the coming days and following this the Club hope to announce more signings. 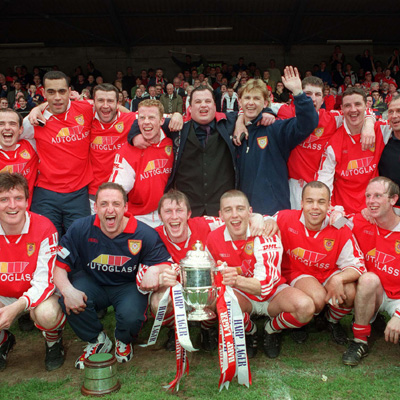