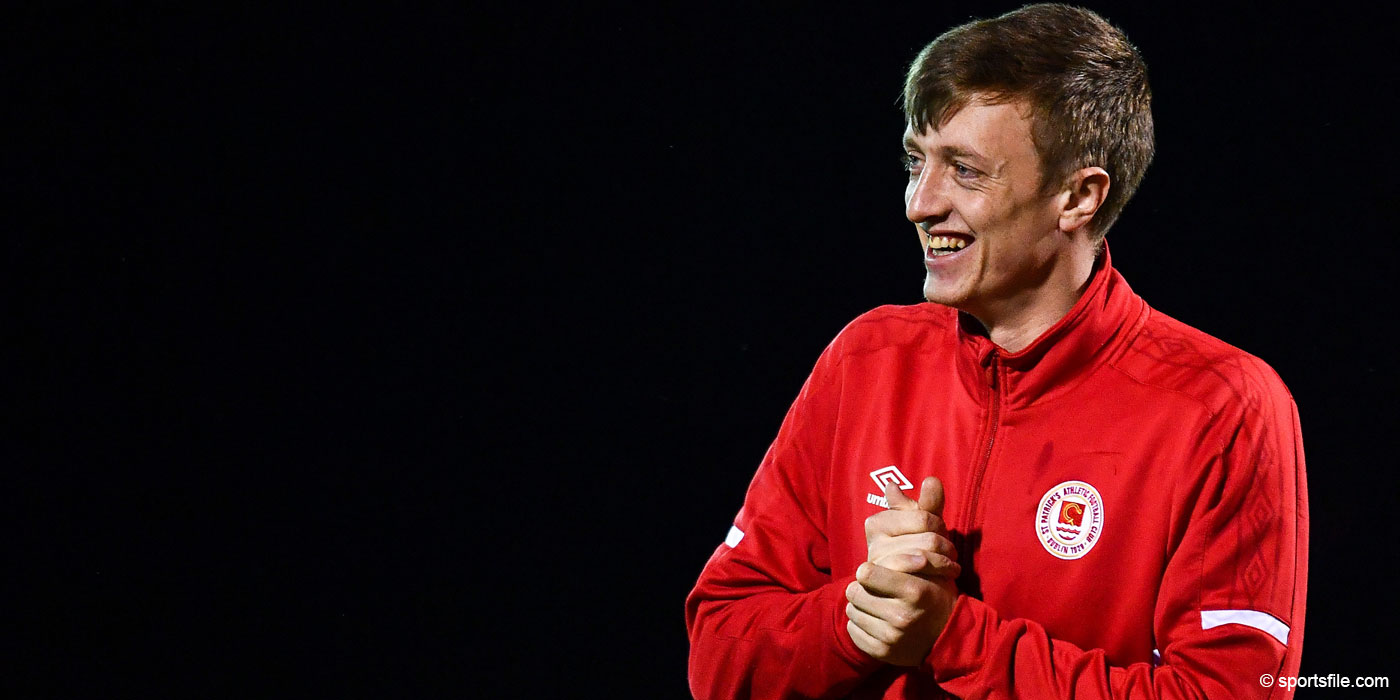 The Airtricity/SWAI award for April has been presented today to first time recipient and Saints' winger Chris Forrester.

The award was presented to the St Pat's star at Richmond Park by Josh Bradley, Corporate Communications Executive at Airtricity.

Attacking winger Forrester beat Sligo's Danny North (second) and Drogheda's Brian Gannon (third) to bag the coveted accolade ahead of Friday's game against Cork City. In doing so Forrester became the first club player to bag the prize since Danny North in June 2011.

It is only Forrester's second award in the adult strand of the game, although he won the Bohemians Young Player of the Year accolade at the end of the 2011 campaign.

A product of Belvedere and Bohemians A/under-19 teams, Forrester is enjoying his second season in the Airtricity League. He featured for the Gypsies during the 2011 campaign too.

“It wasn't an easy decision to make at the start of the season to leave Dalymount Park and the club I'd always supported, but I felt it was for the best, and so it proved,” said Forrester.

“There's a great belief about the club, about the team here at Pat's and we expect and want to achieve as much as we are capable of doing for the remainder of the season.”

It was a memorable brace against Shamrock Rovers last month which really shot the 19-year-old to prominence on a memorable night at Richmond Park.

“As a kid I would have grown up supporting Bohemians, and having been lucky enough to play for a time I'm well aware of the rivalry with Rovers.

“So to score not just once, but twice, against Rovers for Pat's and to finish up on the winning team was a real dream come true for me.

“And yes, I have to admit I've watched the (third) goal a few times since alright,” quipped Forrester who opened his club account in the Leinster Senior Cup against Phoenix.

Forrester grabbed the first and an exquisite third, with a chip, against the Hoops to invigorate the Saints' title push to the delight of manager Liam Buckley.

“Liam is an excellent manager, and the whole set-up at the club between him and the backroom staff, the preparation and the training is top class. I couldn't ask for more.”

Forrester has yet to score against the Leesiders in his two seasons in the Airtricity Premier Division, domestically or in cup competitions.

“It's something I've yet to do, in fact the last time it happened against a Cork team I was a schoolboy at Belvedere, at Turners Cross.”

The 19-year-old will no doubt be aiming to change that statistic at Inchicore at the weekend after a memorable week which saw the Saints dent Derry's title charge. Ahead of Friday's game against Cork City, the Saints trail league-leaders Sligo Rovers by just four points thanks to that impressive display at the Brandywell.