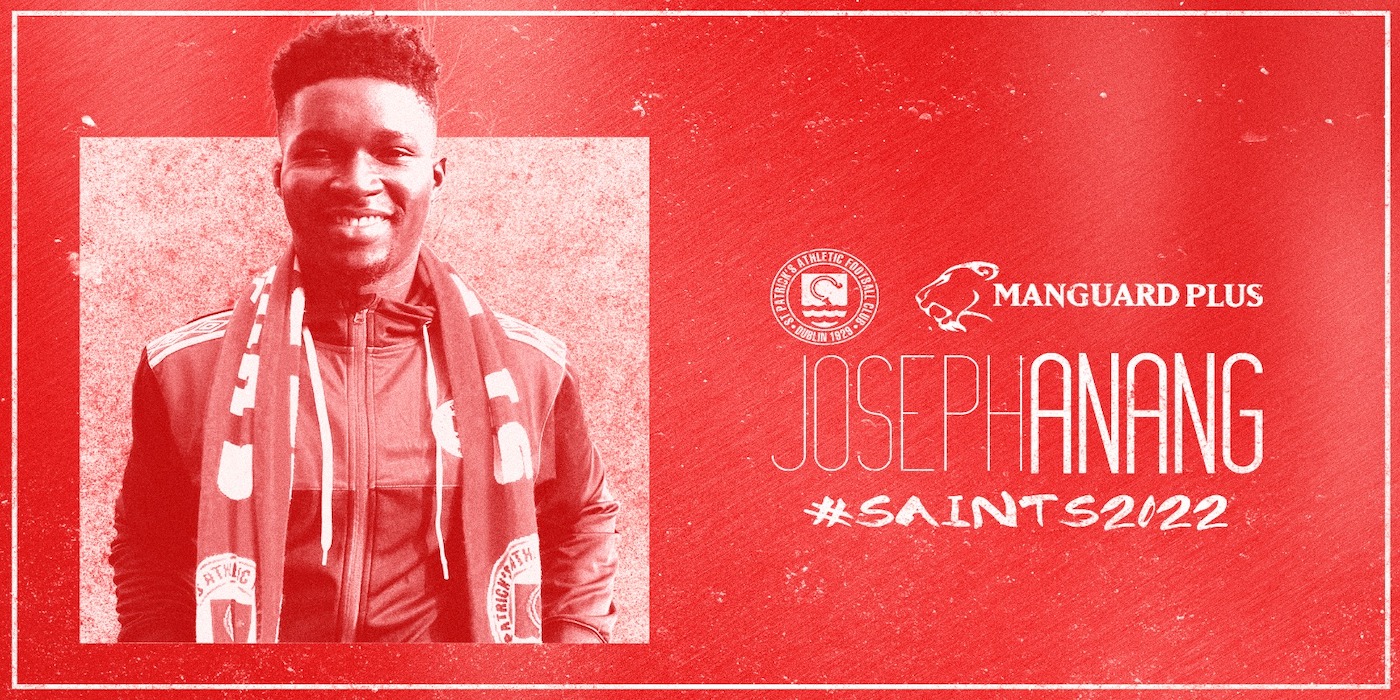 The 21-year-old linked up with his new team-mates this week & could feature in today's pre-season match against Galway United.

The Ghanian-born 'keeper had been on loan with League Two side Stevenage.

He started his career with his local team Danbort before moving to Wa All Stars in the Ghana Premier League.

His move to the West Ham United academy came in July 2017 before Joseph signed his first professional contract in July 2018, he signed a new four year deal in December 2020 to take him until the summer of 2024.

Anang made 18 appearances on loan at Stevenage before returning to West Ham earlier this month, he has also represented England at U20 level.

Anang is delighted to have joined The Super Saints:

"It feels very good to be here. I know St Pat's is one of the biggest clubs in Ireland and I'm really excited to be here.

I heard about the interest a couple of weeks ago and I spoke to Alfie Lewis, who I played with at West Ham, he loved his time in Ireland and said great things about St Pat's.

Having spoken to the club and found out about the league, it was a no brainer for me to come here."

"We are delighted to get a goalkeeper the calibre of Joseph into the club. He has huge potential & comes with excellent recommendations. Pat Jennings (Goalkeeper Coach) has had Joseph on the radar & to be able to secure his services is massive for us. We are all really looking forward to working with him."

"We are very happy to have Joseph on board for the season ahead. We have been tracking his career for the last couple of years. We are looking forward to giving him a platform to play and have no doubt that he will be a great success for us."

Joseph will wear the number 1 shirt