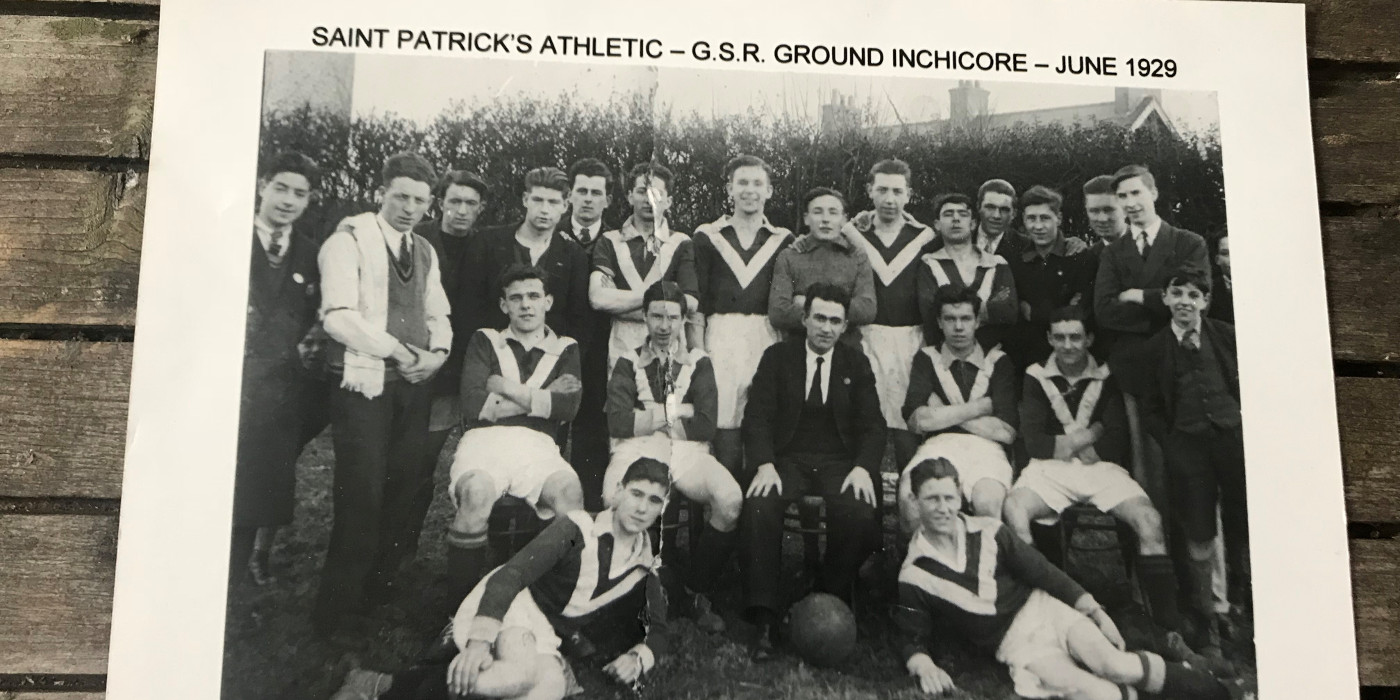 For every Pat's fan, the year 1929 marks the beginning of our club. It is a year literally emblazoned on our chests; it has appeared on our club crest for many years. It adorns the gates of 125 Emmet Rd and Richmond Park. But as we celebrate out 90th year in football, it's worth noting that 1929 is somewhat of a contested year for our true foundation as a football club.

We know (from previous issues) that football had been played in Inchicore since at least 1898. There had been several previous local clubs called St Patrick's and St Patrick's Athletic, as well as clubs associated with the Inchicore railway works. The more recent of these, GSR FC, started around 1927.

They played in the Athletic Union League (AUL) at first, with their home ground at Bluebell, although most of their games from then on were played in the Inchicore Works or "Pond Field" with others at Richmond Park and Chapelizod.

GSR fielded two teams in 1929-30; an "A" team in the Leinster League Division Two, and a "B" team in the AUL Division One. GSR's B team seems to have been dropped for the following season, 1930-31. It is possible that the demands of senior football were such that they did not want to take on a second team, or perhaps belt-tightening at the recently-consolidated company was taking hold.

Around this time, GSR were approached by a group of young footballers asking them to take on a second team. These included Pat Dunphy, who gave a first-hand account of the formation of our club in an interview with Pat O'Callaghan in 1989.

Along with six of his schoolfriends, Pat states that they asked the GSR to take on a second team of younger players. "We were looking for them to take us over and they refused us on a couple of occasions. They (GSR) wouldn't have anything to do with it. They were a big team, we wanted to go in with a smaller team. They were playing in the Leinster League. The GSR team had players around 20 at this time. I was about 16."

After the GSR had refused to take the new team on, the lads had a meeting that was to prove historic.

"The following week we had a meeting down in McDowell's. He (Mr McDowell) was a very decent man and was always very good to us. We decided to go into the bottom league Ã¢€" that was the Intermediate League. I was asked to go down to Parnell Square and look up the people who were running these Leagues. I went down and paid the entrance fee and they sent us word the following week that we'd be in the Intermediate League. The fee was only small - around a guinea (one pound and one shilling) - and we all bunched in (to pay)."

Some recent sources claim the date as May 1929, and the first photograph we have of the team is captioned "GSR Ground Inchicore, June 1929." However, it is clear that Pat's did not play competitive football (at least under the name St Patrick's Athletic) until September 1930. If we take the 1929 date as accurate Ã¢€" and it appears in club documents going back to the 1940's Ã¢€" then we might assume that the team played informally in 1929 and 1930, before entering formal competitive football in September 1930.

When they did, they immediately began a tradition of success with which would see them rise from the lowest levels of junior football to being Champions of Ireland in barely two decades.

For the 90th anniversary, we are running a Pat's history project with the hope of a book being published.

if you have any photos, memorabilia, documents or stories from Pat's history.