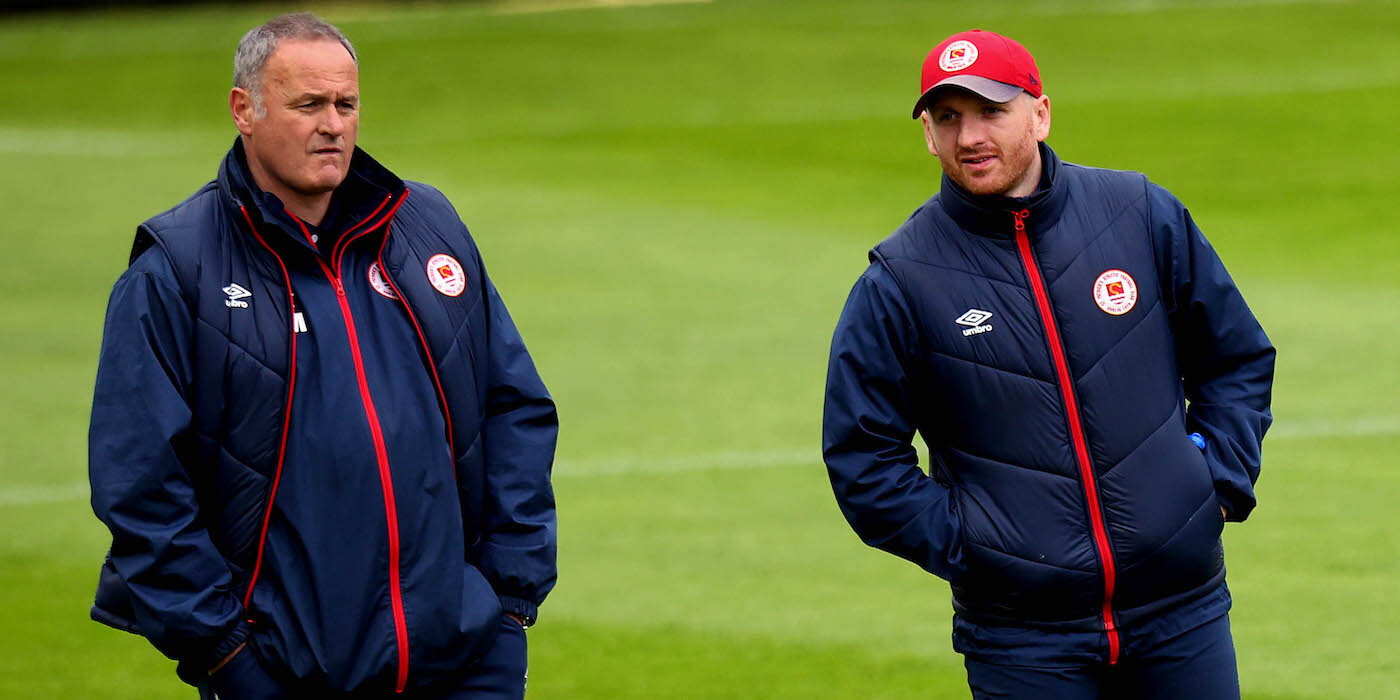 St Patrick's Athletic returned from the summer break with a 3-1 win in Longford on Saturday evening.

Goals from Robbie Benson, Matty Smith and Ronan Coughlan secured the points at Bishopsgate and moved The Saints to within three points of the top of the table.

Benson put St Pat's ahead four minutes before the break before Aaron Dobbs equalised from the penalty spot three minute after half-time, Smith's powerful finish and Coughlan's bullet header on 63 and 81 minutes ensured an important win!

The away side dominated the first-half, Coughlan's free-kick was brilliantly saved by Lee Steacy, while Paddy Barrett and Smith also had good efforts before the pressure paid off in the 41st minute as St Pat's scored from their seventh corner of the match!

John Mountney's curler was flicked in by Benson to send St Pat's into the break in the lead.

That advantage didn't last too long however after Alfie Lewis' trip on Rob Manley in the 47th minute gave Dobbs the chance to level things up from 12 yards, he did just that, sending Vitezslav Jaros the wrong way!

Barrett and Chris Forrester both forced saves from Steacy while Smith also shot wide as they reacted well to Longford's goal.

The second goal came in the 63rd minute after De Town lost the ball in a dangerous area, Forrester pounced and his bouncing shot was saved by Steacy but Smith lashed in the rebound to make it 2-1!

The third came with nine minutes left as sub Darragh Burns' excellent cross was headed in by Coughlan to secure the victory, a win in front of 200 supporters, how great to have fans back in the stadiums this weekend!

That win sets up a tasty clash with joint-top Sligo Rovers on Friday at Richmond Park at 7.45pm