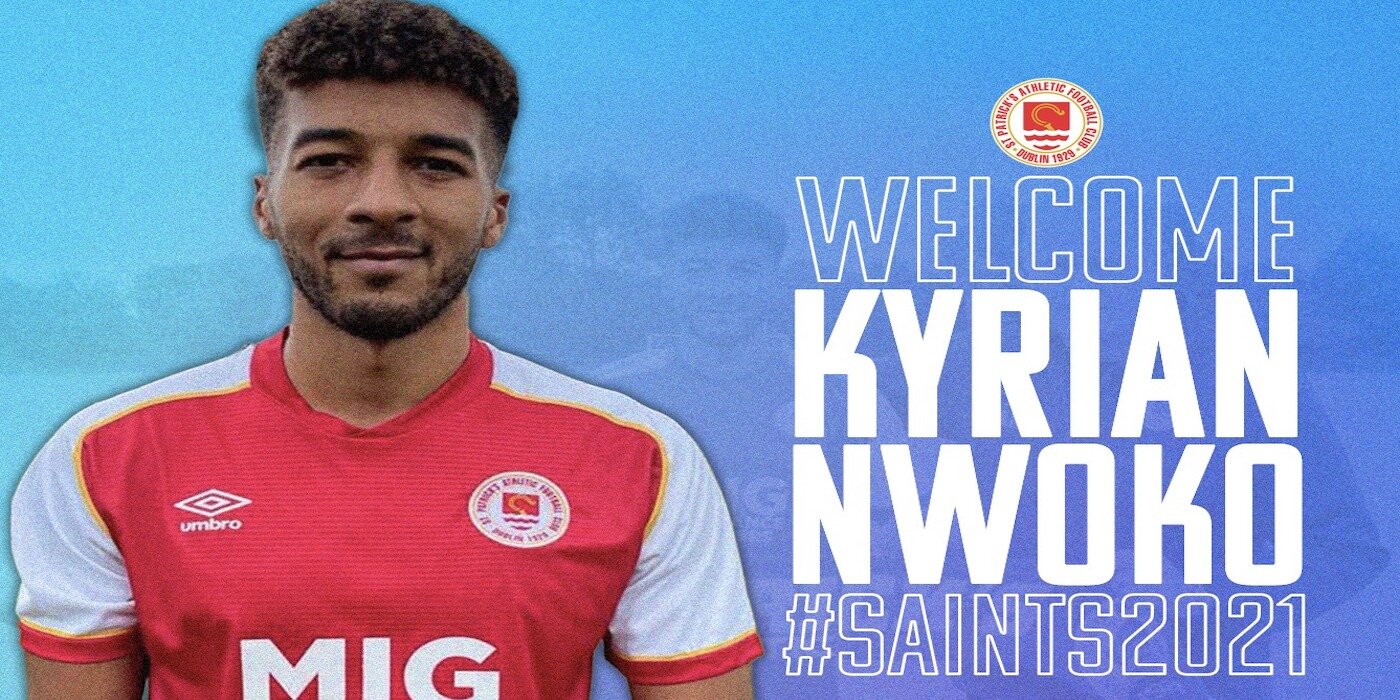 St Patrick's Athletic are delighted to confirm the loan signing of Kyrian Nwoko until the end of the season.

The 24-year-old has scored 3 goals in his 21 international appearances for Malta.

He has scored 21 goals in 133 Maltese Premier League games for Valletta & his previous club St Andrew's.

"We are really happy to sign Kyrian in on loan until the end of the year.

He has played 21 times for his country and scored goals, while he has also won a couple of league titles in Malta, he's a very good player who will add a lot to our group."

"Kyrian is a top player and we are delighted to have him at St Pat's for the rest of this season. We'd like to thank Kyrian's representatives who are based in America & also Valletta FC. We are looking forward to working with him & believe he will be a great addition to our squad."

â€œIt feels very good to have signed, I'm really looking forward to getting started & to help the team continue to process in the league for the rest of the season.

I've had a few good seasons with Valletta, winning a couple of leagues, I felt I need a new challenge & I'm really happy to be here.

As a player you want to play at the top level & to be competing for titles so this is a really good challenge & opportunity for me & I want to help the team as much as I can."