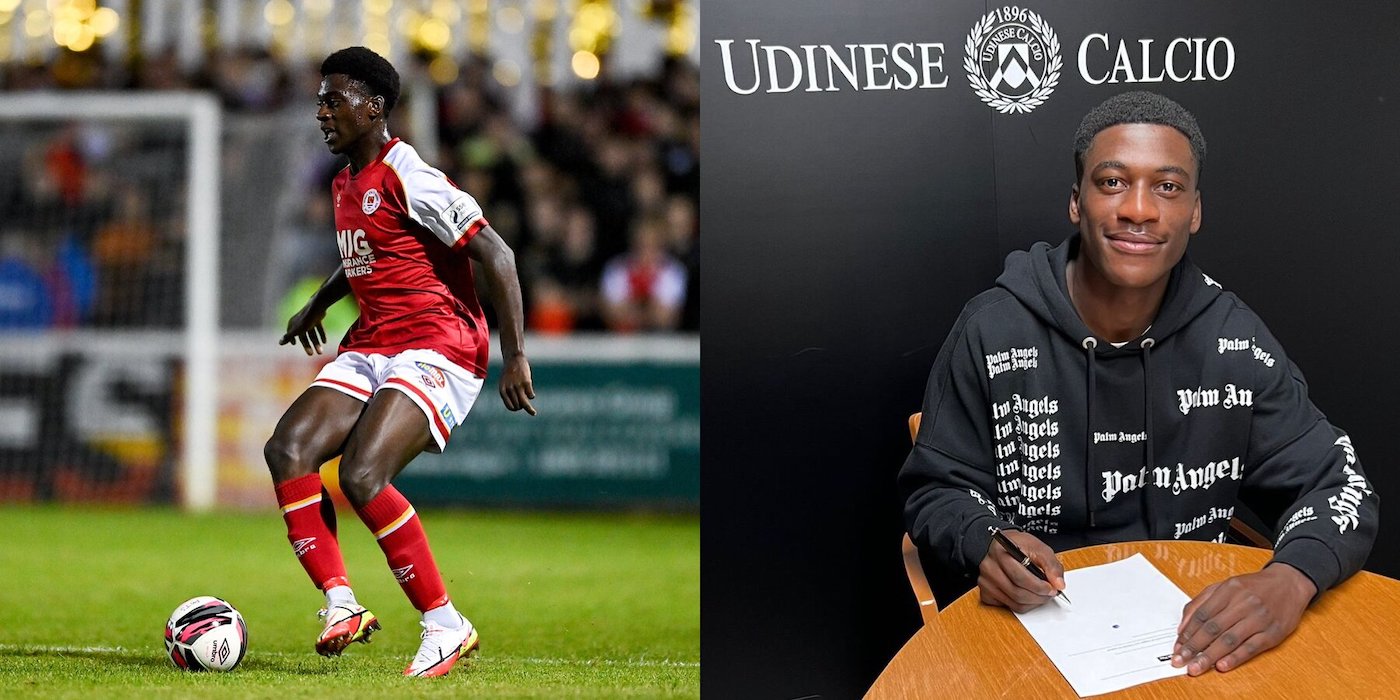 St Patrick's Athletic can confirm the transfer of James Abankwah to Italian Serie A side Udinese for an undisclosed fee.

The 18-year-old will remain with St Pat's on loan until July, he will also complete his Leaving Certificate in June.

James joined St Pat's in 2019 from Cherry Orchard, he won a league and cup double with our U15s in his first season before winning the U19 league in 2020, playing three years above his age group and qualified for the UEFA Youth League.

The centre-back signed his first professional contract last July and made his league debut at home to Derry the same week.

The Ireland underage international was the youngest player on the pitch (aged 17) at The Aviva last November, as he helped The Super Saints to a thrilling FAI Cup final win against Bohemians in front of almost 40,000 supporters, to win his first senior trophy.

Abankwah has been telling more about the move:

"I'm buzzing and absolutely delighted that the deal is gone. I found out last week about the interest, flew out on Monday, had my medical on Tuesday and signed today so I'm really looking forward to it. The people here are lovely, they've been very welcoming, the city is very nice.

I'm feeling very happy right now and I'm lost for words, I'd like to thank St Pat's, Cherry Orchard, Melview FC and Letterkenny Rovers. I'm looking forward to getting going and still have a big six months at St Pat's and my Leaving Cert."

"James joined our Academy as a young boy and has matured into one of the top centre-backs in the country over the last three years.

I have always had the belief that James could make the step into professional football outside Ireland and he now has that opportunity in Italy.

It's been a fantastic eight months for him since he signed his first professional contract last July, he made his first team debut as a 17-year-old, he also played a key a role towards the end of the season in the first team, culminating in our FAI Cup success and also represented Ireland at U18 and U19 level.

We will continue to help and develop James in the next number of months and we'll watch with interest when he moves to Italy, we are very proud of him and his family."

"It's an unbelievable opportunity for James and a brilliant move. He has a high ceiling and can go very far in the game, he's got great potential, it's good for all parties and we still get his services until the summer after his Leaving Cert."