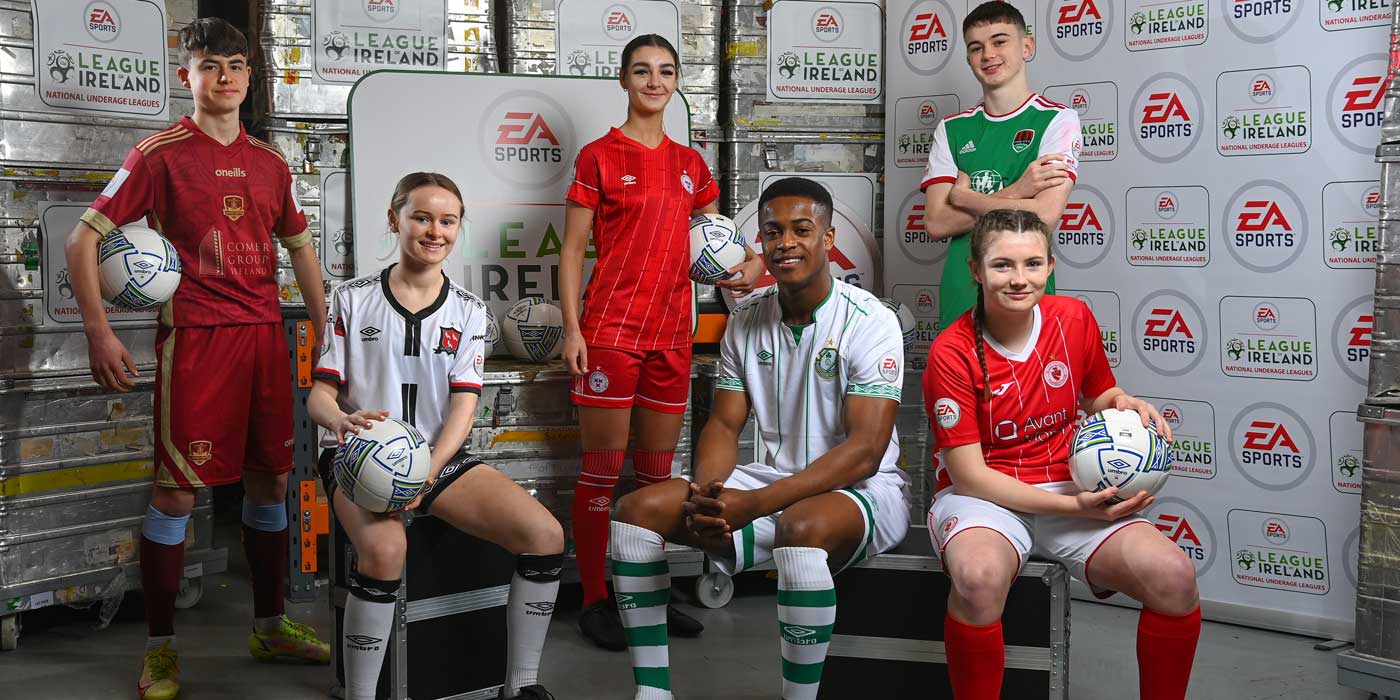 The EA SPORTS National Underage Leagues 2022 Season Has Been Launched

Players and coaches were present at FAI HQ, Abbotstown on Wednesday with the 2022 season set to begin on the week ending Sunday, March 6. As part of the launch, it was unveiled that the EA SPORTS National U14 Cup will be named after Eddie Wallace, the renowned former coach who was a highly-regarded spotter and developer of talent who passed away in December 2021.

Also, the EA SPORTS National U15 Cup will also be renamed after Michael Hayes. Waterford-born Michael was a long-serving administrator of the League of Ireland who worked in the FAI competitions department in various roles since 2002. A huge support to all clubs, Michael was loved dearly by coaches, players and administrators alike and is hugely missed following his passing after a short illness in September 2020.

There have been a number of developments ahead of the 2022 season which will see an introduction of overage players in the U19 League so that senior players returning from injury or in need of game-time can take part.

"We're delighted to launch the EA SPORTS National Underage Leagues for what should be a fantastic 2022 season," said League of Ireland Academy Development Manager Will Clarke.

"We've introduced a number of developments for the upcoming campaign, including the introduction of overage players in the U19 league and we've also created more playing time opportunities for players to enhance their progression across the age groups.

"The first phase of the season will begin on the week ending Sunday, March 6 with the second phase set to pit teams of a similar standard against each other on a National basis. I'd like to wish all players, staff and parents the best of luck for the upcoming season."