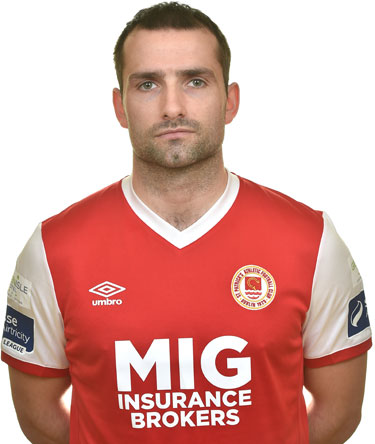 Sponsored by: Will Morgan

Christy is a former Ireland U21 international who signed from Bohemians in 2012 where he scored 11 goals in 23 league appearances in the previous season.

He was the Saints top scorer in 2012 including 3 goals in the Europa League run.

In 2014 Christy was the league's joint top goalscorer with 20 goals and also scored the two goals that won the FAI Cup Final match against Derry City. He was also voted PFAI Player of the Year that year.

He made his Republic of Ireland U21 debut on 10 February 2009, in a friendly against Germany U21 at Turners Cross, which ended in a 1-1 draw.