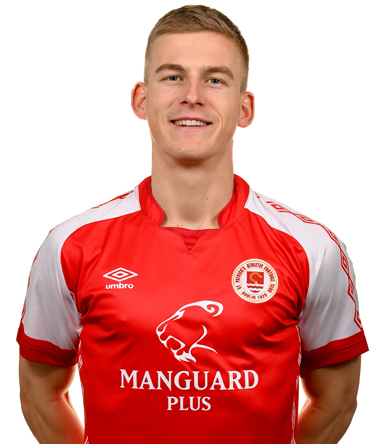 Thijs signed for St Pat's in July 2022 from Cypriot side PAEEK.

As well as playing in his native Netherlands, Timmermans has also played in Poland and Cyprus before moving to Ireland.

The 24-year-old Dutch midfielder made ten appearances in his first season as a Super Saint, his only goal so far came on his league debut in a 2-1 win away to UCD AFC in August at the UCD Bowl.

As well as his seven league appearances, Timmermans played twice during our UEFA Europa Conference League qualifying campaign, starting the 1-1 draw with NS Mura at Richmond Park before coming on in the away leg in Slovenia, that game finished 0-0 with St Pat's winning on penalties to make it to the third qualifying round.

Thijs made his Dutch First Division debut for FC Dordrecht in September 2018 and made 26 appearances for the club before moving to Poland where he spent one season with Odra Opole followed by two years in Cyprus with PAEEK, winning the 2021-2022 Cypriot Second Division to achieve promotion.