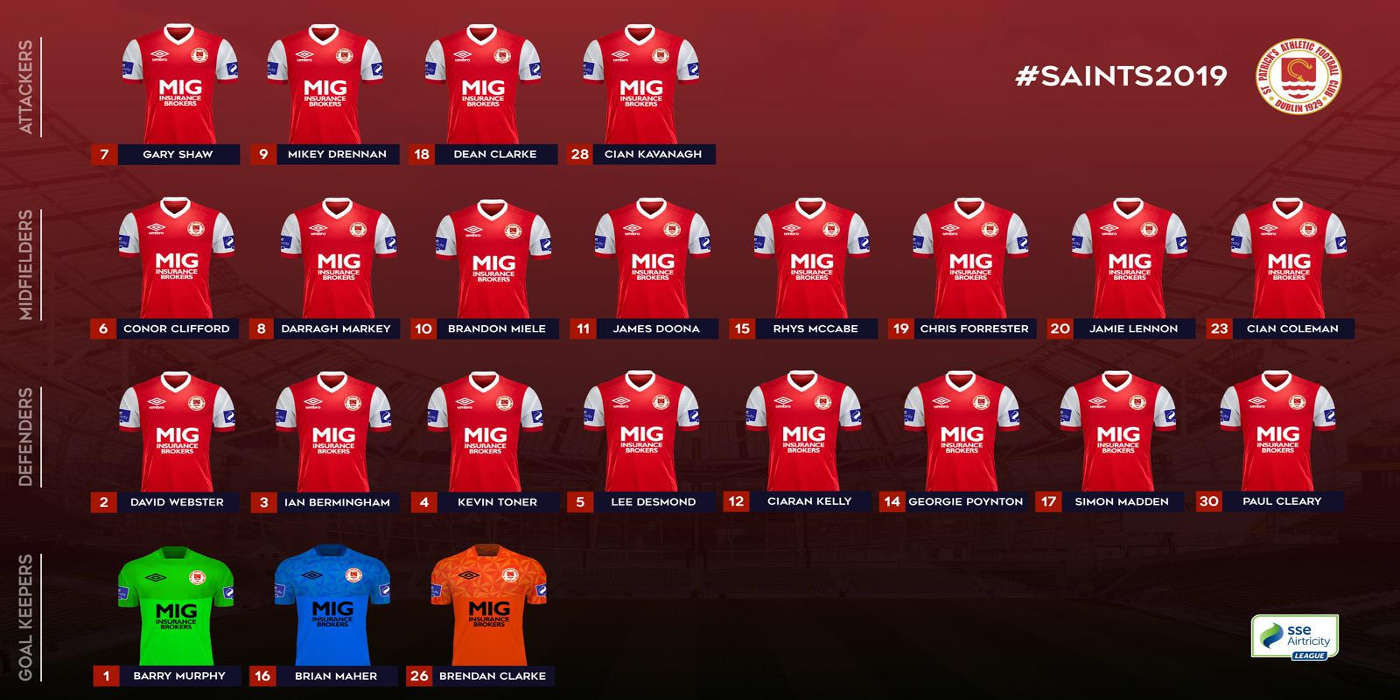 Harry Kenny takes charge of his first SSE Airtricity League game as manager of the Saints tonight when his side take on Cork City at Richmond Park.

Kenny has his full 23-man squad available for selection and we expect the team to be named around 7pm.

Here is a look at the squad and the numbers they will be wearing during the season.

Click here for a preview for tonight's game. If you haven't already purchased a ticket, you can purchase them online.