Shane came to prominence as an 17 year old debutant with Notts County.

After nearly 50 appearances, Shane had a short stint in the US before returning home with UCD (with a short spell in Brighton too).

Shane was Man of the Match in Sporting Fingal’s 2009 FAI Cup win. He first joined Pats in 2011 but spent last year in Finland with FC Haka.

Scored his first goal in 3 years in the Saints league win at home to Drogheda on opening night. 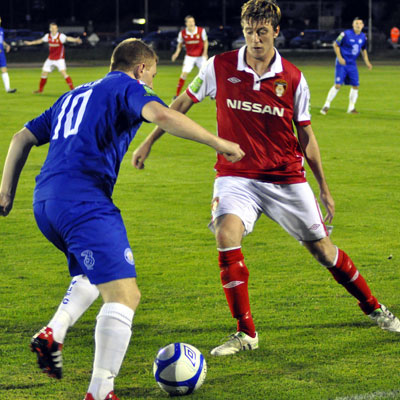