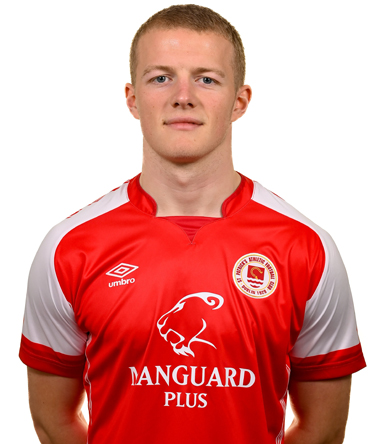 23-year-old centre-back Tom Grivosti joined the club on a permanent transfer from Scottish Premier League side Ross County at the beginning of the 2022 season.

He made 36 appearances last season and scored a Goal of the Season contender away to Derry City in a 2-1 defeat in April.

Tom also started all four of our UEFA Europa Conference League qualifiers during the summer.

Before joining The Super Saints, the Liverpudlian had been on loan in Scottish League Two with Elgin City for the first half of last season, where he made 13 appearances.

Tom spent eight years with his local team MSB Woolton in Liverpool before joining the Bolton Wanderers' Academy in 2011 where he spent six years.

Tom played 11 times for them in the Scottish Premiership before his loan move to League 2 Elgin City.