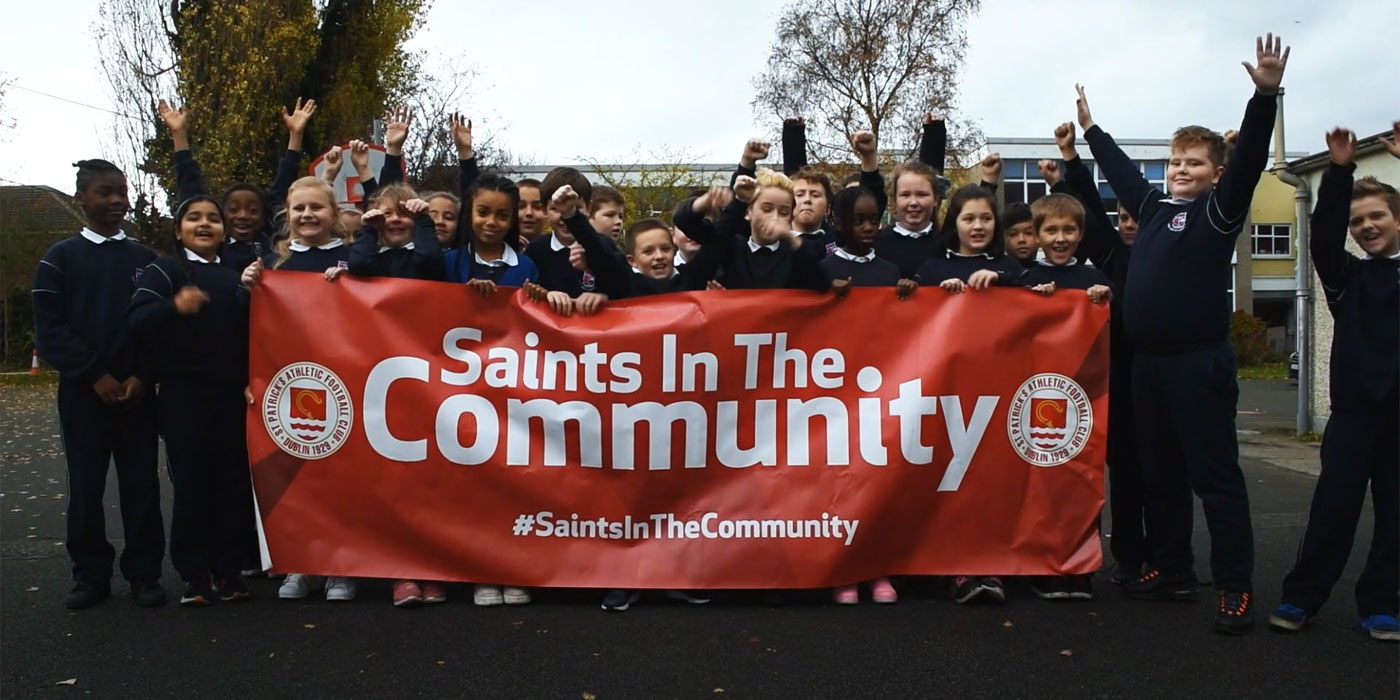 Among the 3,500 people in attendance were the first winners of our new Pride of Inchicore Primary School Initiative.

The Pride of Inchicore initiative is a new programme which will see St Patrickâ€™s Athletic offer tickets to home games at Richmond Park as a monthly award to selected students in primary schools in Inchicore.

Community Officer David Morrissey remarked that "The football club is affectionately known as the Pride of Inchicore and as an institution with a long-standing history and tradition in the area, we want to recognise the great work being done by educators locally and to reward some of the young people which make us proud of Inchicore and the surrounding areas."

Each school in the area was asked to put forward a student who made them proud during the month of January and the students chosen were rewarded with complimentary tickets for themselves and parent to attend our game vs Cork City.

This initiative will continue on a monthly basis and the recipients will receive complimentary tickets as a reward for their hard work and positive attitude at school.

We would like to congratulate the winners for January, and we hope they enjoyed cheering on the Saints to three points!