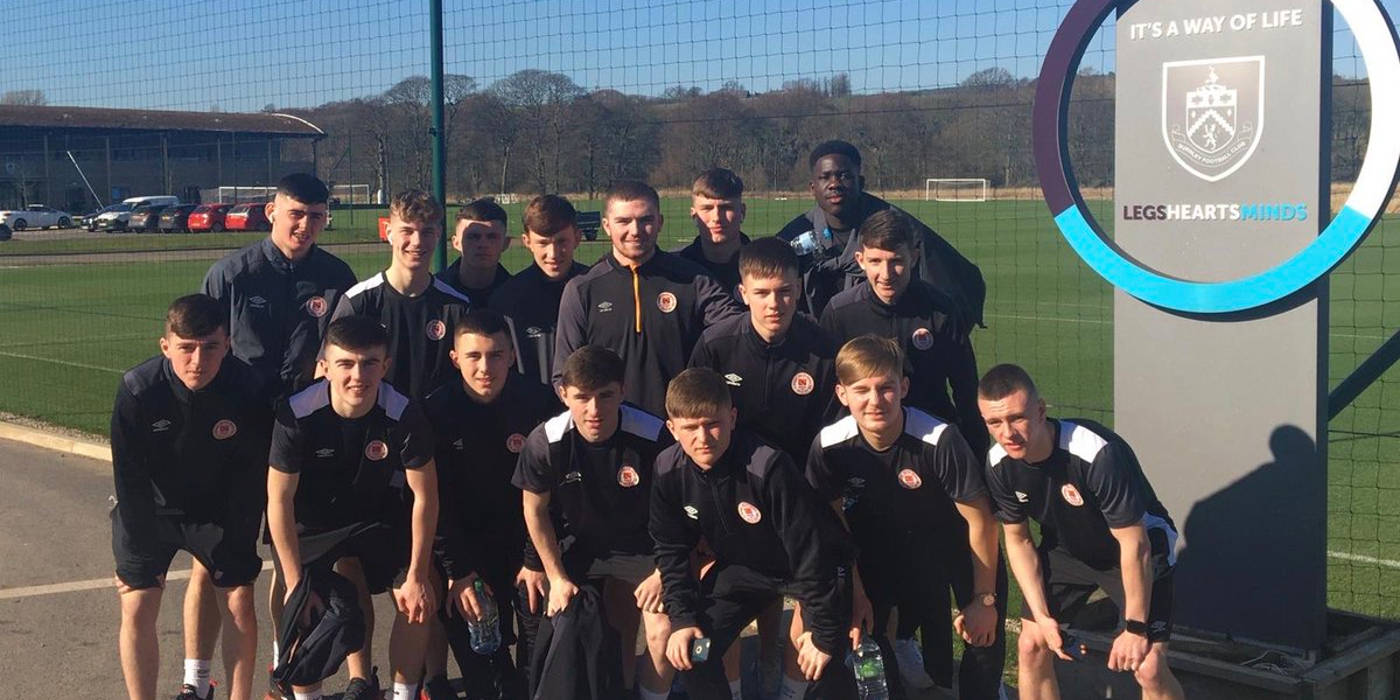 Ahead of the start of the SSE Airtricity Under 17 league our academy side were in the UK earlier this week as part of their pre-season preparations.

The squad of 19 players (which includes nine internationals) enjoyed the 3-day trip which included matches against the academy sides from Burnley and Bolton Wanderers. The Saints equipped themselves well in both games playing a free flowing attacking style of football. The Saints won both games with the goals coming from Cian Kavanagh, Luke Hennessy, Sami Ayoola, Cian Corbally and Darragh Burns.

You can watch the goals from the Bolton game here:

ÃƒÂ°Ã…Â¸Ã…Â½Ã‚Â¥ Our U17s beat Bolton Wanderers 3-0 in a friendly game yesterday to make it two wins from two from their pre-season trip to the UK. Kian Corbally, Darragh Burns & Sami Ayoola got the goals. The season starts this Saturday. Video thanks to BWFC #SaintsAcademy ÃƒÂ°Ã…Â¸"Ã‚Â´ÃƒÂ¢Ã…Â¡Ã‚ÂªÃƒÂ¯Ã‚Â¸Ã‚ÂÃƒÂ¢Ã…Â¡Ã‚Â½ÃƒÂ¯Ã‚Â¸Ã‚Â pic.twitter.com/IKkEbVzvw9

The squad were also at the John Smith's Stadium on Tuesday night to watch the game between Huddersfield Town and Wolverhampton Wanderers.