Republic of Ireland Under-15s continued their fine form in 2019 with a 1-1 draw away to Cyprus in the Sotira Municipal Stadium.

Saints Academy player Ben Quinn was on the score sheet while Craig King, Glory Nzingo & Aaron O'Reilly were also in the squad. Ben, Craig and Glory recently joined us from Cherry Orchard, while Aaron signed last year from Crumlin United.

Jason Donohue's side conceded an early goal inside the first 15 minutes when Andreas Savva's shot beat Aaron Maguire in the Irish goal.

On the half-hour mark, Ben Quinn scored for Ireland to give the side a well-deserved equaliser.

Midfielder Jamie Mullins, who was a late replacement in the starting line-up for John Joe Power, played a perfect through ball for Quinn, who scored past the Cypriot goalkeeper to secure the draw. 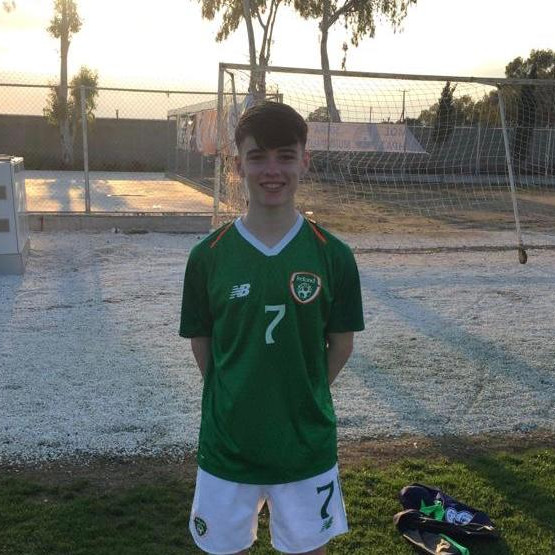