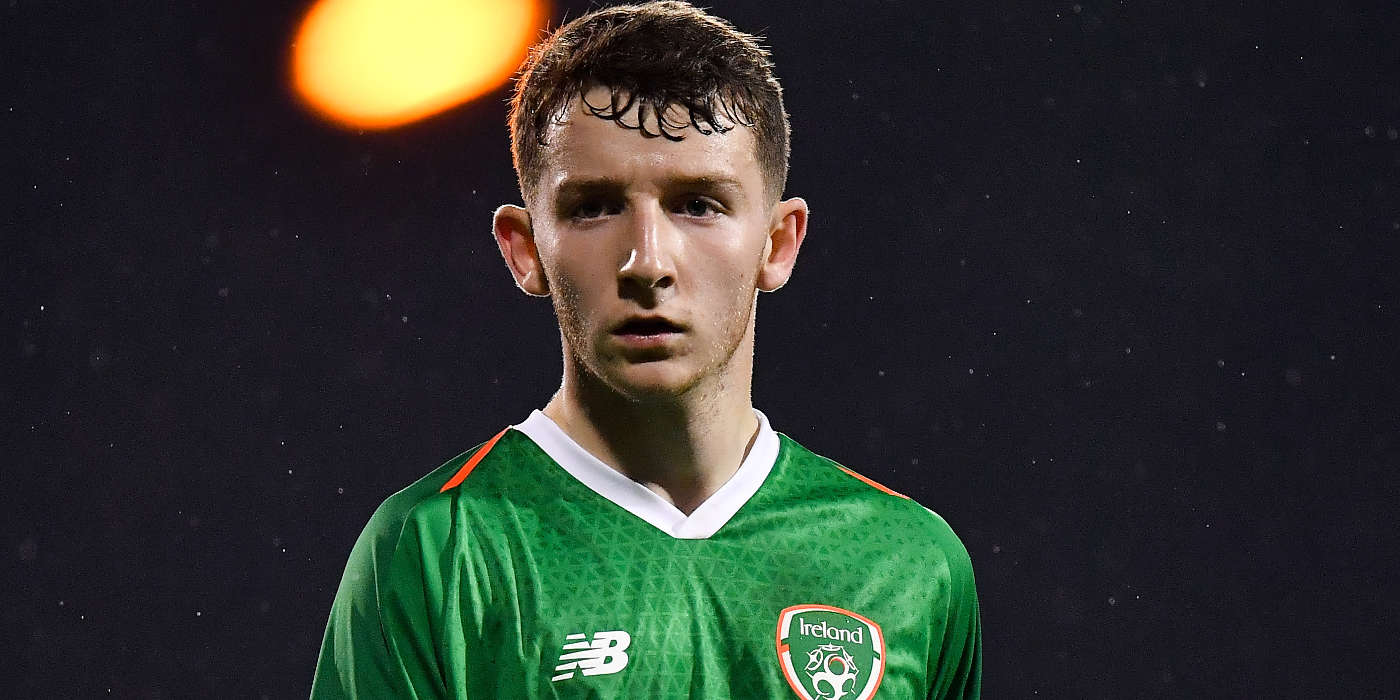 Holt Named In IRL U17 Squad

Saints' midfielder Brandon Holt has been named in Colin O'Brien's Ireland Under-17 squad for two friendly games against Finland.

Two international friendly games will act as the Republic of Ireland Under-17s final warm-up games ahead of the UEFA European Under-17 Championships in May, which will be held in Ireland.

The Ireland squad will stay at CityWest Hotel, Dublin because that will be the base for all teams competing in this summer's finals tournament - which runs from May 3-19 - and they will travel to Waterford and Tallaght Stadium for these friendly games, just like they will for tournament games in the summer.

This will be the third straight year that O'Brien will lead an Under-17s squad to the finals tournament following experiences in Croatia (2017) and England (2018), where they reached the quarter-finals on both occasions.

Republic of Ireland Under-17 Squad