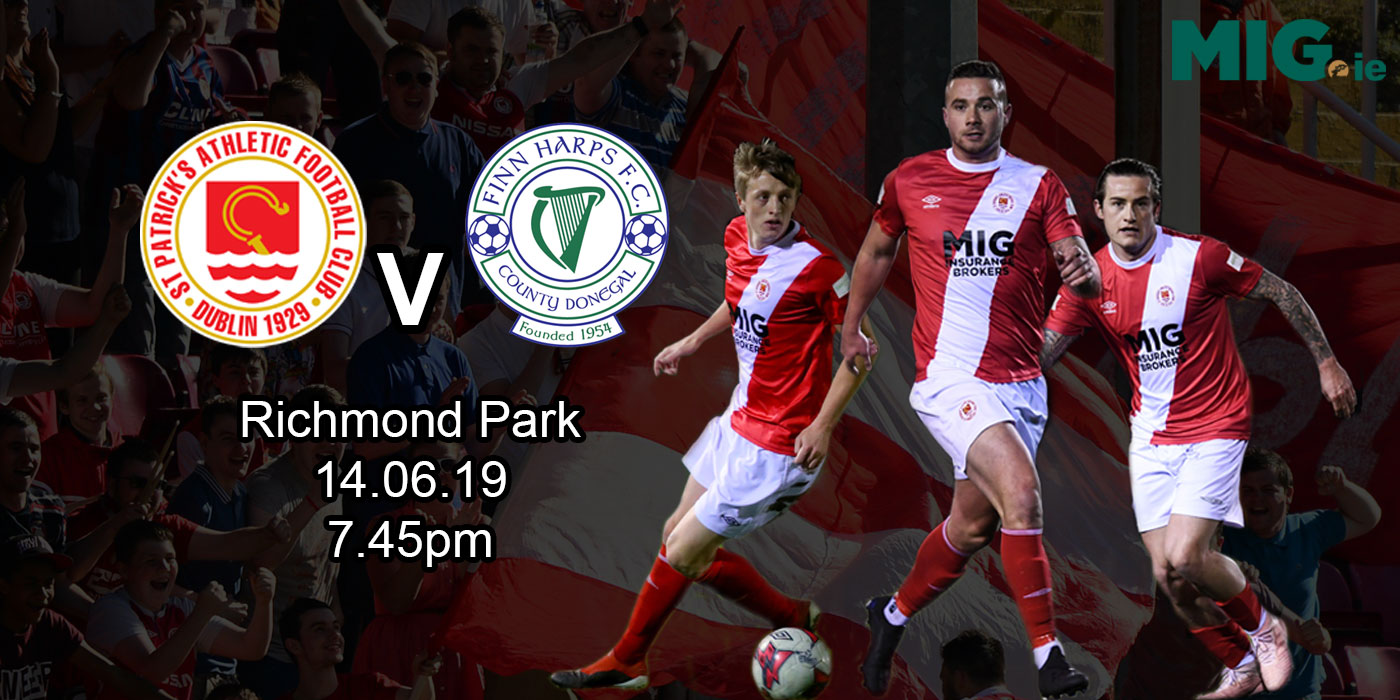 St Patrick's Athletic are back in SSE Airtricity League action on Friday night as they host Finn Harps in Richmond Park, kick-off 7.45pm.

The Saints will be looking to build on their 1-1 draw to Sligo Rovers last week when a Kevin Toner equaliser earned the Saints a point in the Showgrounds.

In team news, manager Harry Kenny will be without midfielder Jamie Lennon who remains on Republic of Ireland under 21 duty at the Toulon Tournament, while Dave Webster misses out through suspension.

The Saints are boosted however by the return of both defender Lee Desmond and midfielder Conor Clifford from injury.

Looking ahead to facing Finn Harps, Pat's boss Harry Kenny admitted to www.stpatsfc.com that he was expecting a difficult game against the Donegal side following their earlier 0-0 draw in Inchicore earlier in the season.

"Harps will give us a real test as they are starting to pick up a few more results lately as they settle into the division. We had a tough game against them in Inchicore earlier in the season and we expect another difficult game this Friday."

"We want to finish this first part of the season with a win so we'll be going out to pick the points. We played well last week against and created a lot of chances so hopefully this week we can do the same and convert a few."