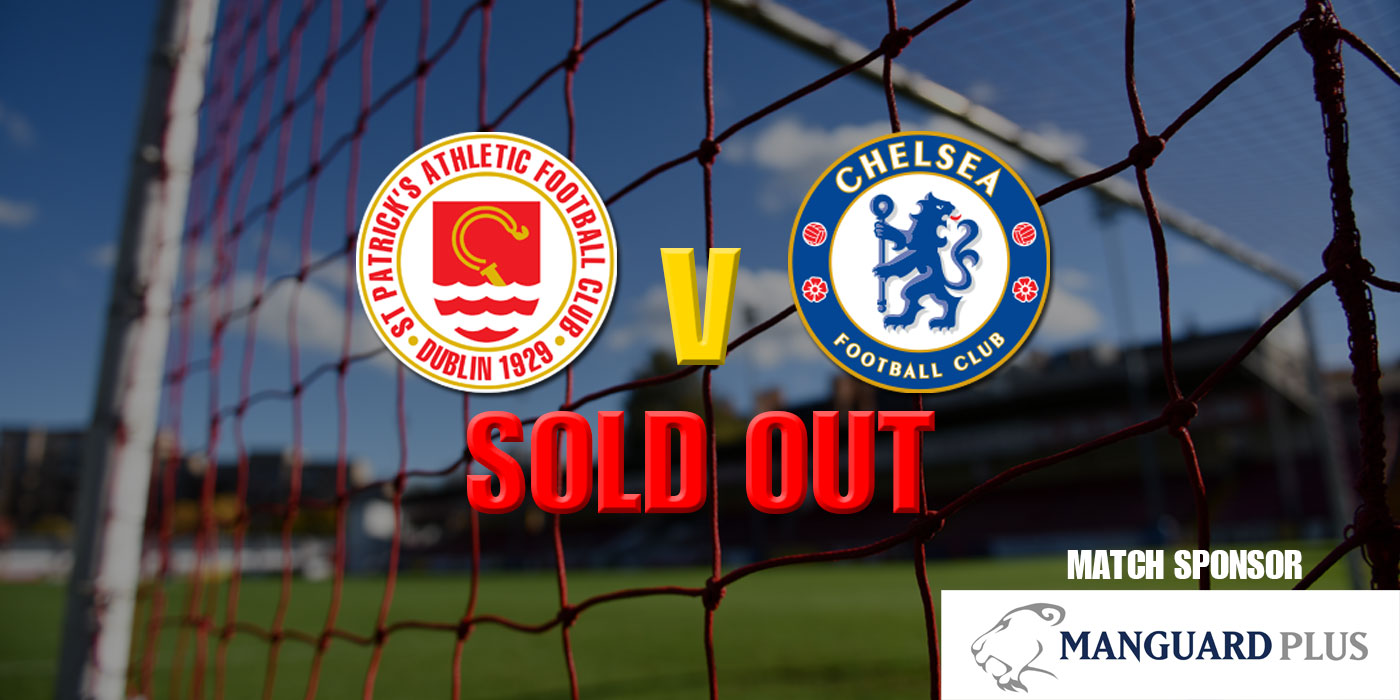 The Saints host English Premier League side and current UEFA Europa League champions Chelsea in Richmond Park, Inchicore on Saturday afternoon (kick-off 2pm), with the game to be sponsored by Manguard Plus.

The sold out signs will be on view after all tickets for the game were sold last week, with a crowd of over 4,000 to be in attendance in Inchicore to see Harry Kenny's Saints take on a Chelsea side now under the guidance of manager Frank Lampard.

Lampard, previously togged out for West Ham United against the Saints in Richmond Park back in July 2000, when he featured alongside fellow England internationals Joe Cole and Rio Ferdinand in a side managed by his uncle, Harry Redknapp.

One former Chelsea player amongst the Pat's ranks is Conor Clifford, with the midfielder having captained Chelsea to FA Youth Cup success in 2010 - watch his interview with stpatsfc.com below in full