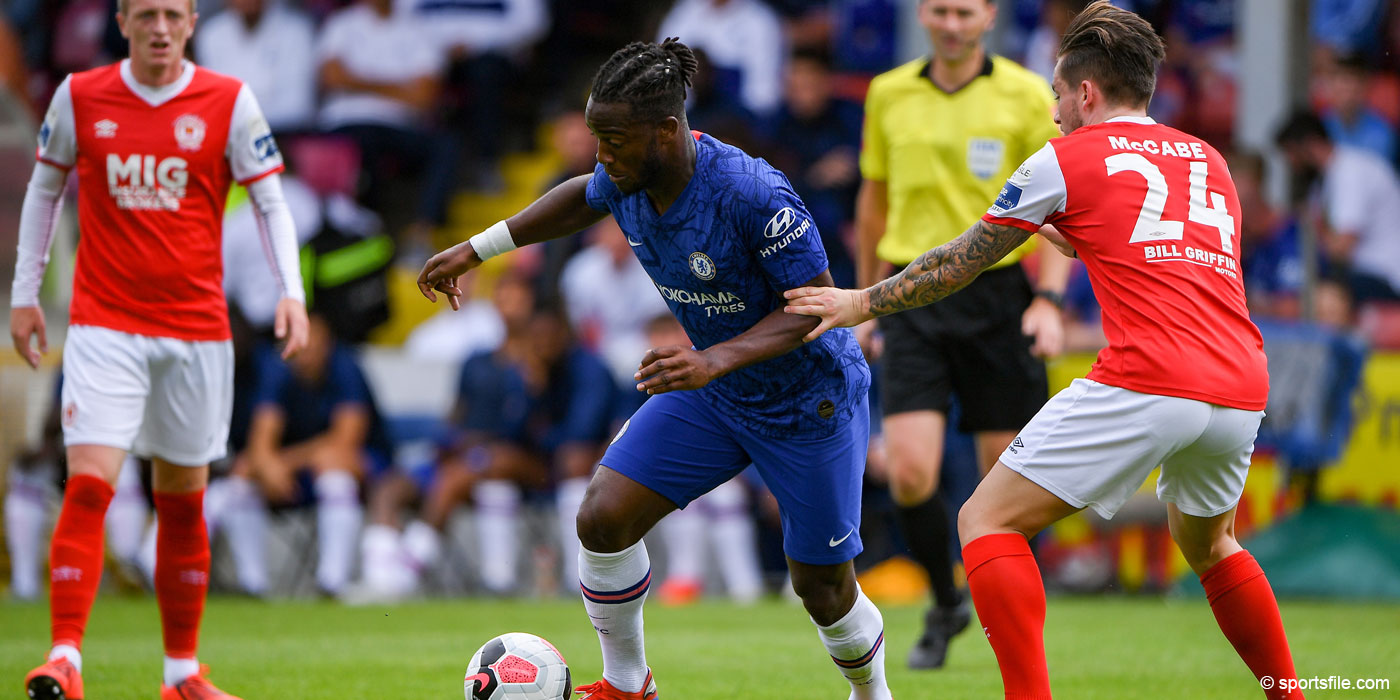 Extended highlights of yesterday's sell-out game between St Patrick's Athletic and Chelsea are now available on our YouTube channel.

The Saints handed a senior debut to 14-year-old Glory Nzingo against Premier League giants Chelsea, who ran out 4-0 winners at Richmond Park in their pre-season friend on Saturday afternoon.

Three days after drawing 1-1 with Bohs at Dalymount Park, where another 14-year-old Evan Ferguson turned out for the home team, Frank Lampard's Blues wrapped up their trip to Dublin with a routine win.

The Saints have bigger fish to fry as they look to wipe out their 2-0 defeat to Sweden's Norrkopping in Thursday's Europa League qualifying round second leg, but they ran out in front of a sold-out crowd in Inchicore.