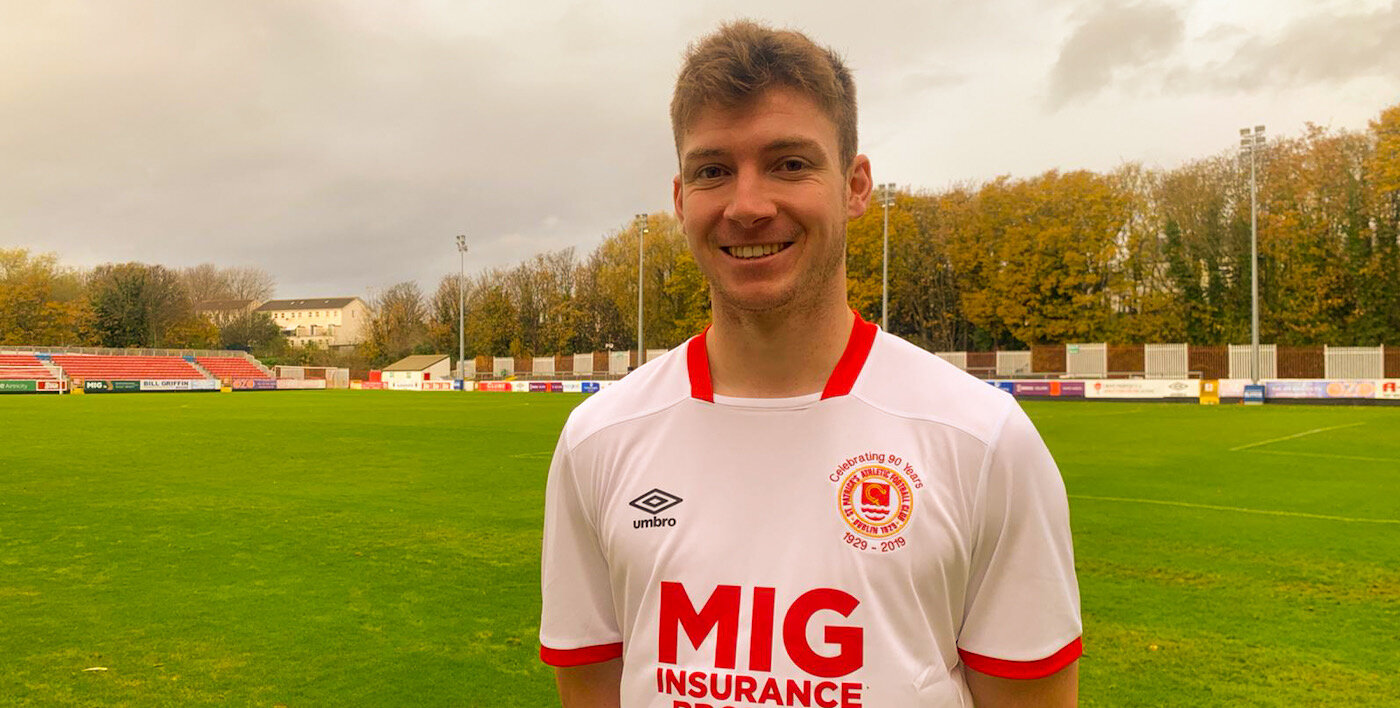 St Patrick's Athletic can confirm the signing of Rory Feely ahead of the 2020 season.

Feely, 23 in December, joins the club for a second spell having originally come through the underage ranks of the club. The Waterford native played a key role in the Saints' SSE Airtricity League Under 19 success in 2015, scoring in the 3-2 win over Derry City in the final.

Speaking to stpatsfc.com, Saints' first team head coach Stephen O'Donnell expressed his happiness at securing the signature of Feely and bringing him back to Inchicore.

"I am delighted to get Rory signed. He was another player that I really wanted to bring to the club when I took the job. He is a player that will epitomise what we are trying to achieve here; great attitude, great professional and great athlete.

"He had an excellent season with Waterford last year, captaining them and picking up their Player of the Year award. He has a great profile in being young and wanting to improve and they are the type of people we want at the club."

A former under 21 Gaelic Footballer with Kildare, Feely made 42 senior appearances and scored 2 goals for the Saints in all competitions from 2014 to 2017. Feely recently spent two seasons at Waterford FC where he was voted the 2018 Young Player of the Year, and followed that up by claiming the Player of the Year award last season.

Reflecting on being back in Inchicore, Feely admitted that he was delighted to be back at the club and excited at the prospect of playing in the squad O'Donnell was putting together.

"I spoke to Stephen at the end of the season and he felt I had a good year at Waterford so he was telling what mentality he was looking for from players and what his future plans for the club are," he told stpatsfc.com.

"I knew straight away from talking to him that he was ambitious, and that's the same person that I am in that I want to progress further in my career and in the league. Knowing what the goals are for the year, I wanted to be part of his plans.

SIGNING | Please welcome Rory Feely back to the club!

âš½ï¸ The versatile defender returns to Richmond from Waterford

ðŸŽ¥ â€œStephen Is Ambitious, His Message Is Positive & I Want To He A Part Of What He Wants To Do With The Clubâ€

"My last spell at Pat's was successful between underage success and breaking into the first team under Liam Buckley and playing with some really experienced players and learn a new position at centre back. It didn't work out after that and I went to Waterford, but I'm back now and really looking forward to playing again at Pat's."