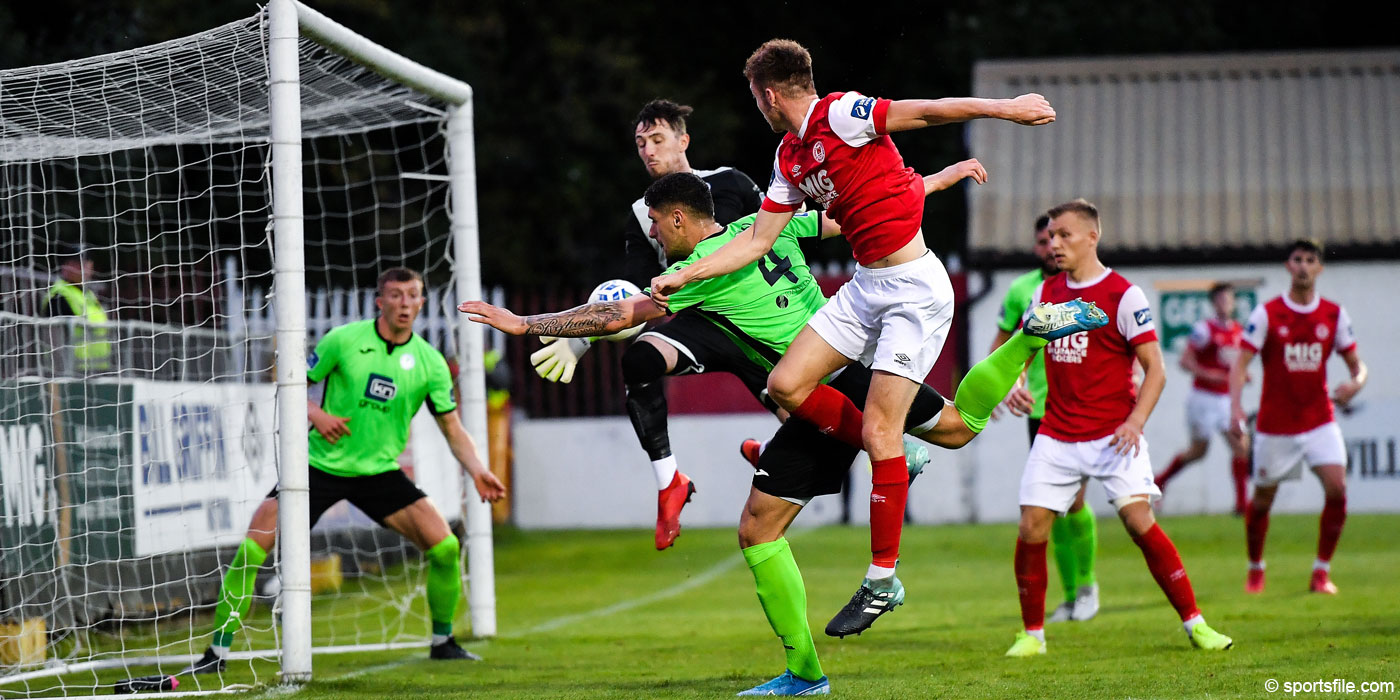 St Patrick's Athletic travel to the north west on Wednesday evening as they face Finn Harps in the SSE Airtricity League (kick-off 7.45pm).

The Saints' game in Ballybofey begins a spell of games that sees them play out their final four league games of the 2020 season in the space of 12 days.

In team news, Saints' Head Coach Stephen O'Donnell has a full squad to select from as he prepares his side after over three weeks without action due to a player in the Saints' squad testing positive for COVID-19.

Looking ahead to the game, O'Donnell outlined that he expects an extremely difficult game against the Donegal side, especially given their 1-0 win over the Saints in Finn Park back in August in the Extra.ie FAI Cup.

"Ballybofey is always a tough place to go. I saw Finn Harps on Saturday against Bohemians in Dalymount Park and they played very well and Harps got a deserved 2-0 win. They will be really energised by that and full of confidence. No matter what the situation is, Finn Park is always a really difficult place to play. We're under no illusions what the test is going to be. We're going up there full of confidence and full of hope. We've a full squad available and everyone is looking forward to it."

Kick-off in Ballybofey on Wednesday is at 7.45pm and the game is available to watch on WATCHLOI.ie; CLICK HERE FOR A LINK TO THE GAME which costs 5 euro to watch

Watch below to see Georgie Kelly's two goals against Finn Harps back in August which gave the Saints' a 2-0 win in Inchicore.