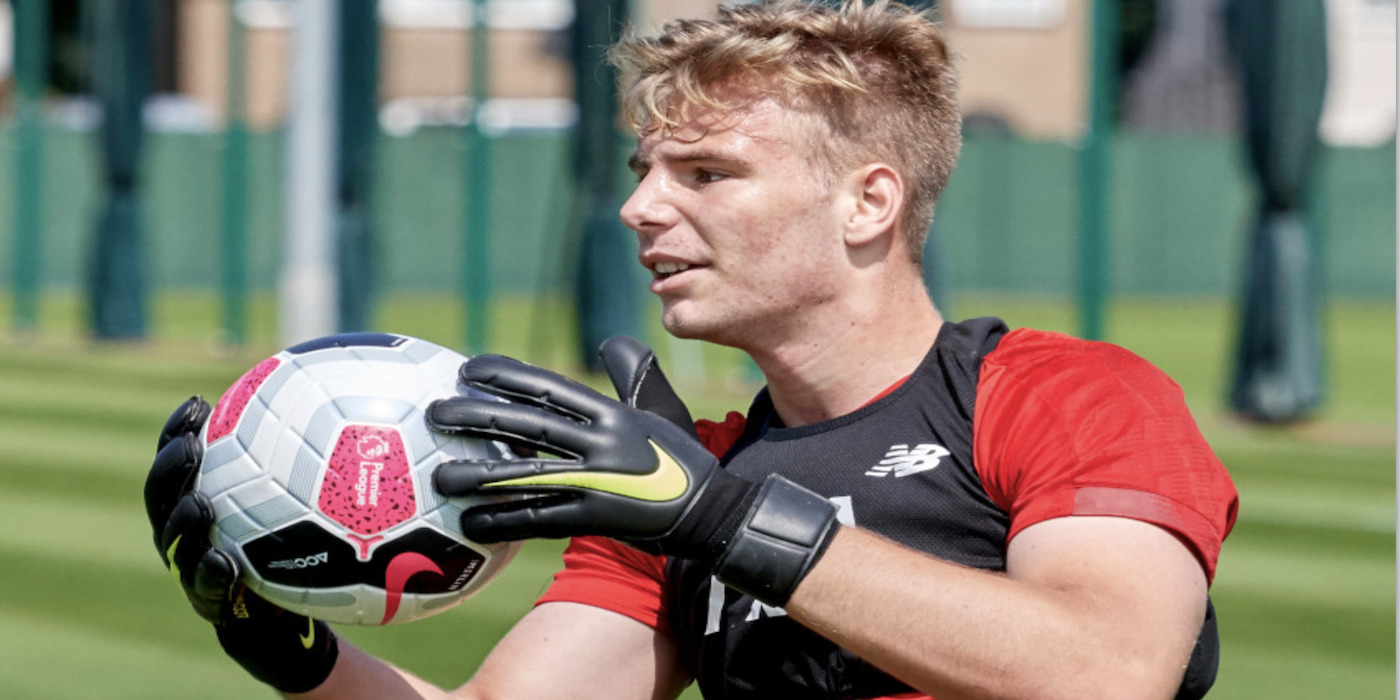 Goalkeeper Vitezslav Jaros has been talking about his loan move to St Patrick's Athletic from Liverpool for the 2021 SSE Airtricity League of Ireland season.

Vitezslav has also been on the bench for three of Liverpool's Champions League matches this season against Ajax (twice) and Midtjylland.

The 19 year old has already made his senior debut for the Premier League champions, having joined them from Slavia Prague in the Czech Republic in 2017 when he was 16.

He came off the bench in a 6-0 pre-season victory over Tranmere Rovers in 2019 and was also in the squad for a FA Cup game against Shrewsbury last season.

The Czech Republic underage international is excited about becoming a Super Saint:

"I'm delighted to join such a big club as St Pat's. As soon as I saw St Pat's were interested, it was a no-brainer. I need a challenge and St Pat's is a great opportunity. I just can't wait to get started with the team."

Before talking to him more about joining the club, we wanted to find out more about him and his career so far at Liverpool.

Vitezslav has an impressive CV already. He won the FA Youth Cup in 2019, under then Liverpool Under 18 Manager Steven Gerrard, who is now manager of Scottish Premiership giants Rangers.

The Reds beat Manchester City on penalties, something which Jaros certainly enjoyed:

"It was brilliant, especially because Liverpool hadn't won it in 12 years. I think it is one of the biggest youth competitions in England. The squad that we had was really good. There are three players who went on to play first team football for Liverpool, so it was really good to go on and win it."

He has also been telling us about being named in Liverpool's Champions League squad and what type of goalkeeper he is.

"It was brilliant and it's great to be around the team and travel with them and to be on the bench is a bonus, warming up and being on the bench so it was a really good experience for me.

I'm good with my feet and I'm a bit of a sweeper-keeper and I enjoy being a shot stopper too. It's important in modern football for a goalkeeper to be able to play with their feet so being around Alisson and Caoimhin Kelleher has improved me. It has been great to train with them and learn."

"Everything has been done over the internet (in terms of virtual meetings etc). Zoom has been really helpful. I could see the gaffer (Stephen O'Donnell) and have a chat with him and see what he wants and what he's looking for.

From there, we went onto me signing the contract (virtually) and then coming over. I got on the ferry and then it was straight to the house to begin my self-isolation before beginning with the team."

So what about the Richmond Park? Again due to Covid-19, Vit has taken a video tour of our famous ground, but has not actually been there yet:

"From what I've seen, the videos of the stadium, it just looks brilliant. It looks like one of those stadiums where you have fans on top of you. From what I've heard, St Pat's fans are meant to be one of the best in Ireland and I just can't wait to get them back into the stadium and to play in front of them."

Head Coach Stephen O'Donnell expressed his delight about Jaros joining the Saints for the season:

"We are delighted to get the loan deal done. Vitezslav is a player we have been tracking for quite a while now so delighted to get it over the line. He is a young, hungry keeper, who wants to go on in the world of football.

He has just signed a four-year deal last summer with Liverpool, so obviously he is very highly thought of there. He is just the type of character we want around the place, one that strives to get better and wants to improve. He can only be learning great things at a club like Liverpool with keepers like Alisson and Caoimhin Kelleher alongside him of that calibre, so I think it is an exciting signing."

Like Stephen, we are looking forward to seeing our new goalkeeper in action soon.