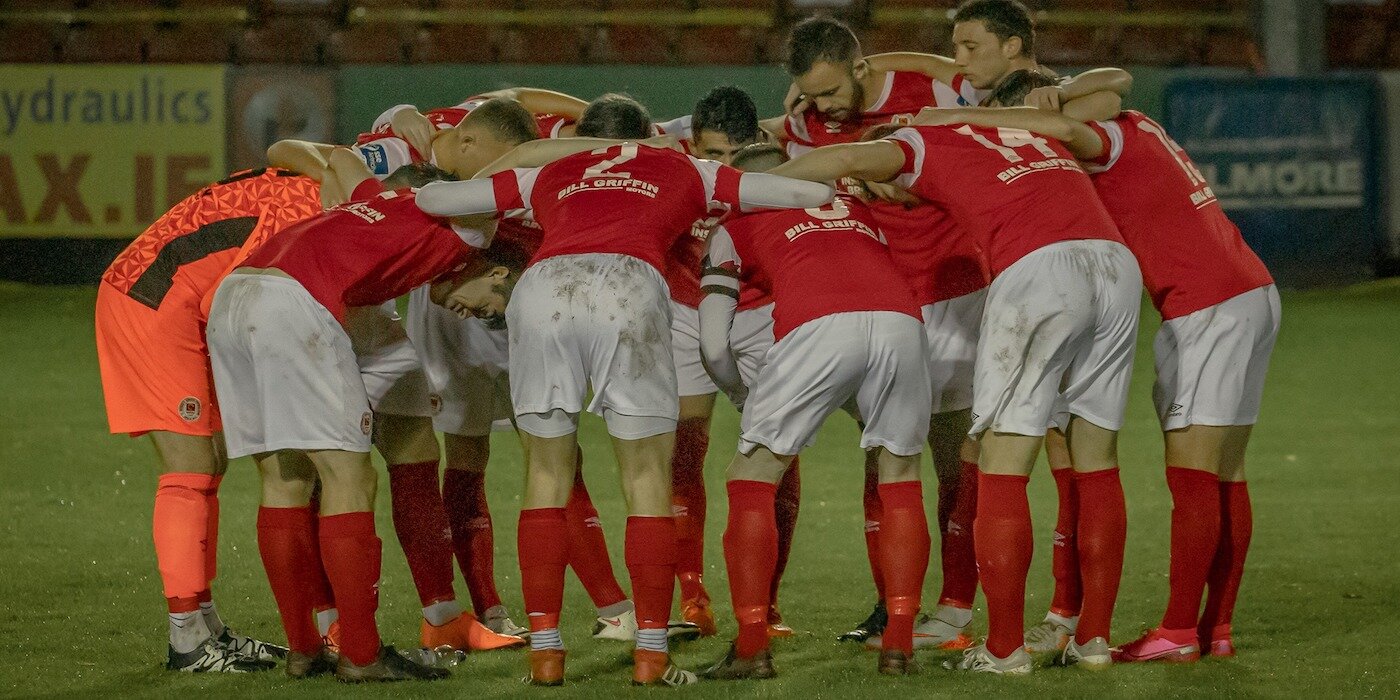 We've been taking a look back at some of the main Saints stories from a busy last week at St Pat's HQ.

Pre-season 2021 continued, Stephen O'Donnell added three new signings to his squad and the FAI confirmed streaming and TV information ahead of the new campaign.

The Boys Are Back In Town!

Our first team were back in action at Richmond Park for the first time in over three months on Friday night.

The lads followed up their 2-1 friendly win in Cork last weekend with a 4-0 victory against Wexford FC.

Ben McCormack, Chris Forrester, Jamie Lennon and Billy King got the goals, you can watch the goals on our Youtube channel now, here is the pick of them from Billy King!

Stephen O'Donnell's men will be face Cobh Ramblers in their next game on Saturday, we'll have updates across our social media channels.

The Saints were busy in the transfer market during the week, with three new arrivals.

Midfielder Alfie Lewis joined on loan from West Ham. The 21-year-old made his Premier League 2 debut at 16, and has been a regular in the West Ham U23s.

Former Dundalk and Waterford FC player Paddy Barrett also signed for the club, the 27-year-old had most recently been in Cambodia with Preah Khan Svay Rieng.

Lastly, 18-year-old striker Nahum Melvin-Lambert joined from Championship side Reading on loan. Melvin-Lambert has a number of first team appearances for Reading, and already has scored 12 goals for their U18 and U23 sides this season.

Interviews with all of the lads are available on our Youtube channel, including our chat with Paddy Barrett and Stephen O'Donnell

The FAI announced a series of broadcast deals on Thursday to ensure fans can watch their team during the Covid-19 pandemic.

RTE Sport will cover first picks for the live transmission of Friday Night Football on TV while the return of the WatchLOI service was also confirmed.

All of our games (up until the summer break at least) will be either live on TV or streamed on WatchLOI, including crackers like this from Chris Forrester!

Anyone who has already purchased a Saints Supporters Pack will receive a WatchLOI pass as part of their pack. More details are available in the Supporters Pack section of our website.