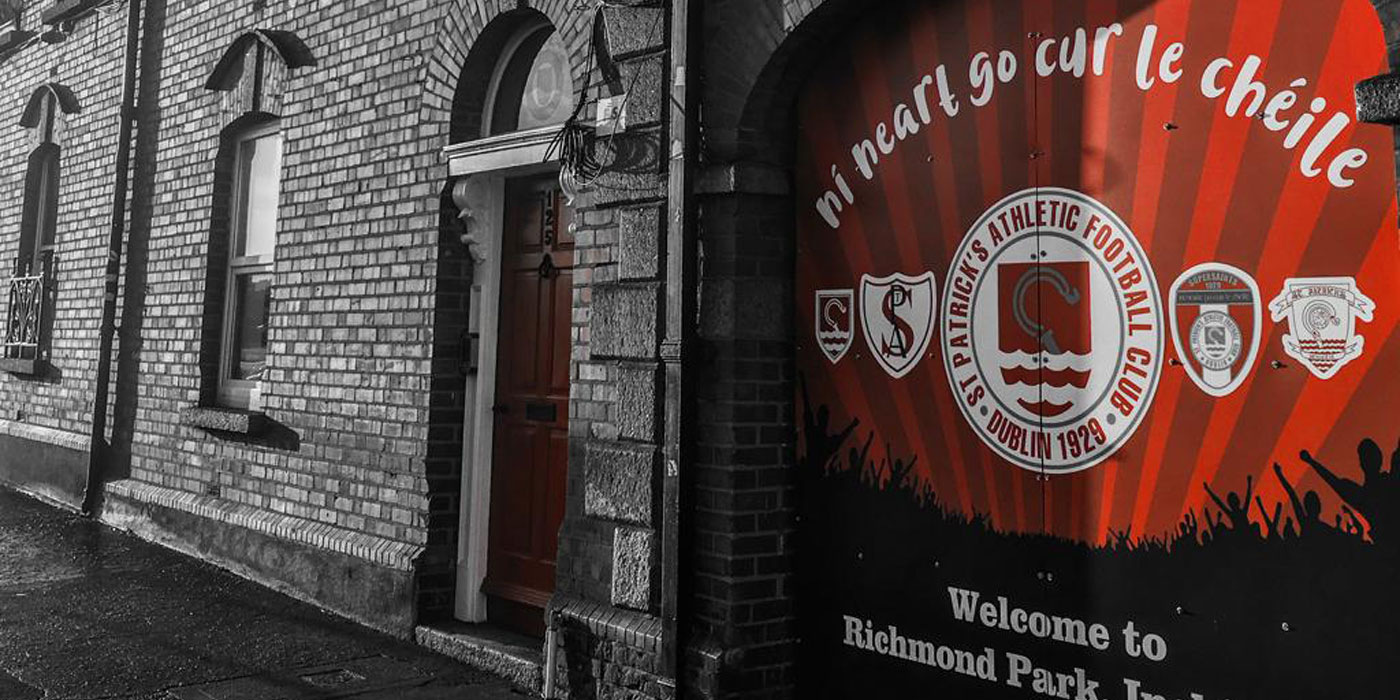 St Patrick's Athletic powered to a 6-0 victory at Richmond Park on Friday night, as they booked their place into the next round of the FAI cup against a gallant Bray Wanderers. Two goals from Billy King and goals from Jay McClelland, Sam Bone, Ben McCormack an an audacious effort from Paddy Barret were enough to comfortably see them through to the next round.

There were three changes to the Saints team who beat Drogheda last week with Jamie Lennon, Ian Bermingham and Ben McCormack replacing Chris Forrester, Robbie Benson and Darragh Burns for the cup tie.

Played in a hot, but breezy Richmond Park, St Patrick's Athletic dominated the early exchanges and enjoyed much of the possession.

It seemed like only a matter of time before the Saints opened the scoring with both Billy King and Jay McClelland looking very dangerous out wide, and six minutes in, they created a decent half chance when Sam Bone cut in from the right, but his right footed effort was well blocked by Andrew Quinn with the shot looking goal bound.

It took the Saints 23 minutes to break the deadlock. Jamie Lennon played a superb ball out wide to King, and with only one thing on his mind, he ran at the Bray defence. King cut in and fired low and despite Brian Maher's best effort in Bray goal, he was unable to stop the powerful shot as it trickled past the former Saint to give the home side the lead.

Just five minutes later, and after the water break, McClelland had an excellent chance at the back post to double the lead, but he was unable to divert Ben McCormack's cross towards goal as it sailed agonisingly wide.

However, just eight minutes later, McClelland did double The Saints lead. Billy King was found in space on the left and he whipped in a delicious cross, with McClelland on hand at the back post and this time he made no mistake as he headed the ball past Maher to give them a two goal cushion.

Chances were few and far between for the remainder of the half, although Sam Verdon did register Bray's first shot on target of the night, but his effort was comfortably saved by Vitezslav Jaros in the St Pats goal as they took a two goal lead in at the break.

Despite being two goals down, Bray did battle hard early in the second half. Jaros was on hand again to tip over a well struck Dylan Barnett half volley as Bray looked to cut away at the deficit.

However, it was The Saints who scored next to all but end the game as a contest. Matty Smith set Ian Bermingham free down the left hand side, with the captain showing all his experience and composure to deliver a mouth-watering ball and Ben McCormack rose highest to head the ball home for their third of the night.

Three minutes later, The Saints added a fourth. A dangerous ball into the St Pats penalty area bounced from head to head before eventually falling to the feet of Sam Bone at the edge of the area who connected beautifully to direct his powerful half volley past Maher again.

Paddy Barrett was a colossal all night at centre back, and he topped his performance off with a wonderful goal, He won the ball on the halfway line and dribbled forward towards the Bray goal. Just as it looked as if he had lost the ball, he retrieved and unleashed a thunderbolt which flew into the top corner for his first of the season.

With The Saints well on top, they emptied their bench, handing debuts to Kian Corbally, Tommy Lonergan and Josh Keely in the goals, with all three impressive in their first bit of senior action.

Billy King put the icing on the cake when he turned onto his left and fired a terrific shot into the net for The Saints' sixth of the night, putting their name into the hat for the next round of the cup and rounding off an impressive performance from the Inchicore men.