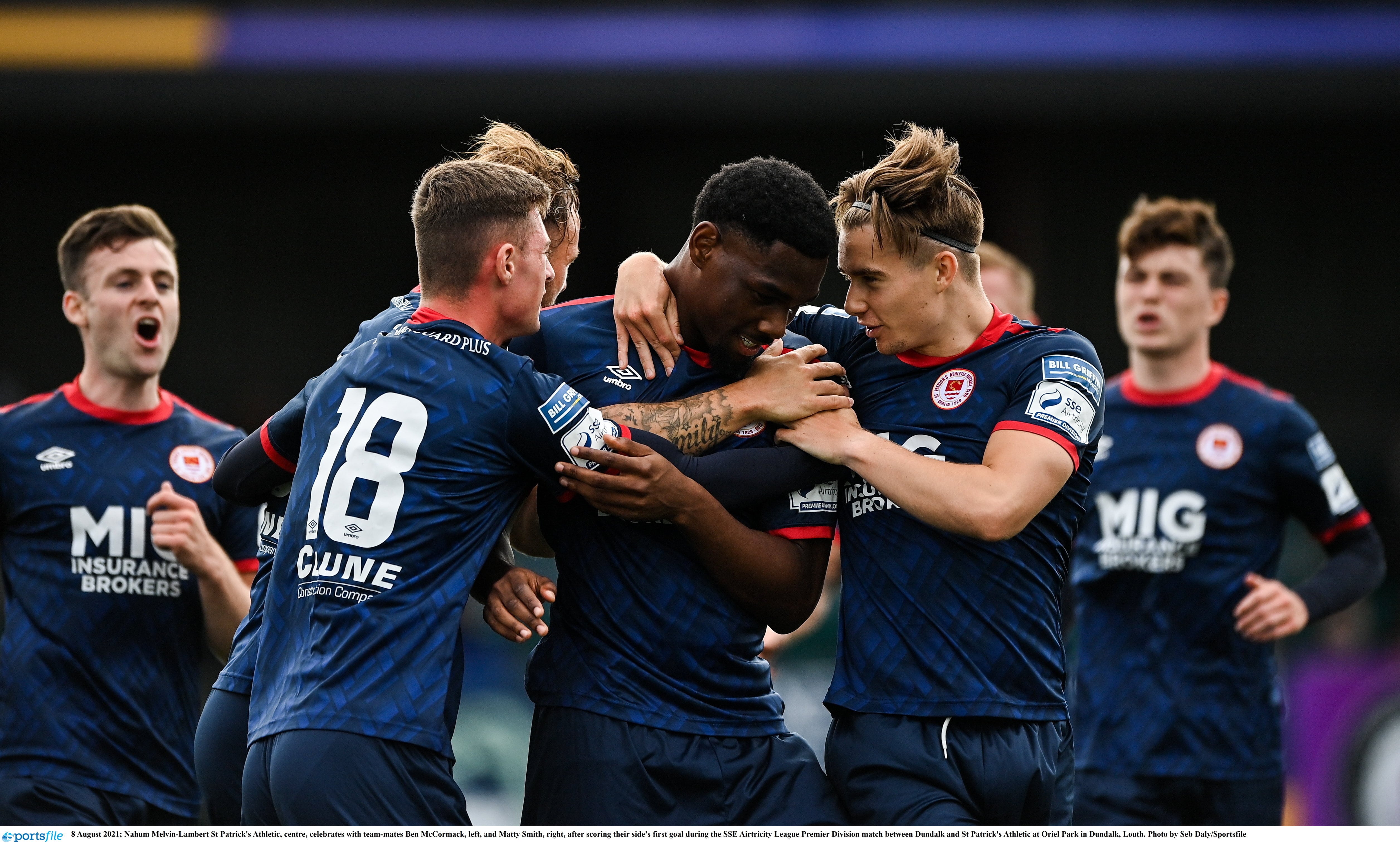 St Patrick's Athletic will make the long trip up to the North West on Friday night as they take on Finn Harps at Finn Park in the SSE Airtricity League Premier Division.

The game will kick off at 8pm and will be live on LOITV, a small number of away fans will be in attendance in Ballybofey.

Last time out, The Saints recorded a 2-1 win over Waterford.

Matty Smith opened the scoring in the first-half before Nahum Melvin-Lambert doubled their lead just before the hour mark.

Junior pulled one back from the penalty spot for Waterford soon after to leave an anxious last 30 minutes, but St Pat's held on to claim all three points.

There were worrying scenes at the end when Lee Desmond suffered a nasty injury after a clash with goalkeeper Vitezslav Jaros. He required hospital treatment but was released late Friday night and is will make a full recovery.

The Saints come into the game in second place, three points behind Shamrock Rovers.

Due to their Europa Conference League play off against FC Flora of Talinn tonight, Shamrock Rovers are not in action this weekend and so St PatÃƒÆ'Ã†â€™Ãƒâ€šÃ‚Â¢€ÃƒÆ'Ã‚Â¢ÃƒÂ¢€Ã…Â¾Ãƒâ€šÃ‚Â¢s could move back level with their Dublin rivals with a win against Finn Harps.

Finn Harps come into the game unbeaten in their last three.

Their last outing was a trip to Longford Town on Saturday in which they saw off 'De Town' in a 3-0 victory thanks to goals from Ryan Rainey, Sean Boyd and an own goal from Longford's Michael McDonnell.

St Pat's and Finn Harps have met twice this season, with The Saints coming out on top on both occasions.

They first met in April at Finn Park when goals from Matty Smith and Billy King ensured all three points came back to Inchicore.

When they met in June there were plenty of goals, with St Pat's running out 4-1 winners. A double from Ronan Coughlan and goals from Robbie Benson and Alfie Lewis powered The Saints to victory.

Adam Foley did pull one back late on for Finn Harps, but it proved to be too little too late.

Ollie Horgan's men come into the game in 8th place on 26 points, however, are just eight points off 4th place Bohemians.

Looking ahead to the game on Friday night, Head Coach Stephen O'Donnell is well aware of the threat Finn Harps will pose:

"It's always a tough place to go and they have won their last two games, two away games, away to Sligo and away on Saturday to Longford, 3-0 and a very convincing win.

Their confidence will be up, they did go through a bit of a lean spell, but they've won their last two games and as I said they will be sky high with confidence and looking forward to welcoming us up to Ballybofey on Friday night. We just have to go again, show the same appetite and aptitude to work and we will see where that takes us."

Nahum Melvin-Lambert has impressed since he re-joined The Saints on loan again last month, scoring twice in his last two games against Dundalk and Waterford.

He will be hoping to continue his good run of form on Friday night:

"It's been good. I've gotten my two starts and my two goals, so I just have to keep working to stay in the team and keep pushing and scoring.

II just felt in terms of my career and development, coming back to Ireland was the best thing for me.

Obviously for me, it's better than the first time because I am playing now but even just that experience of not playing and learning how to fight my way into the team, it's been good.

It will be a physical battle on Friday, but if we prepare right and look after ourselves, hopefully we can get the result we need with another good performance."

Where Can You Watch The Game: The game will be live on LOITV, with kick off from Finn Park at 8pm.