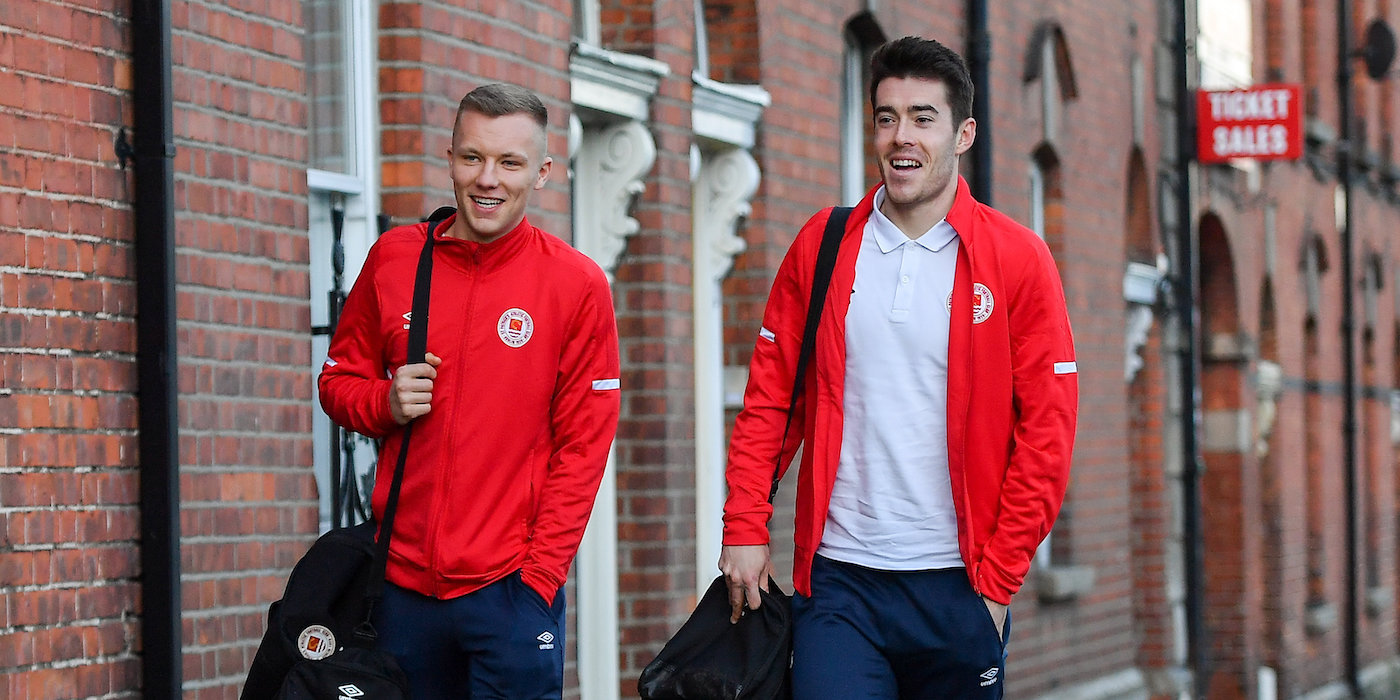 A huge night awaits in Inchicore on Friday as St Patrick's Athletic host Dundalk in the FAI Cup semi-final.

The easing of restrictions means that Richmond Park will have it's largest crowd in over 2 years with a capacity of 5,000 fans allowed.

At the time of writing, less than 800 tickets remain on sale via the tickets section of our club website, some tickets may be on sale at the ground on match night but the game is expected to sell-out so we are advising all supporters to get their tickets online in plenty of time to avoid disappointment.

The Super Saints come into the tie on the back of an impressive cup run so far, which have included wins over Bray Wanderers (6-0), a dramatic penalty shootout in Cork and a 3-0 victory over Wexford in the quarter-final.

This will be the first FAI Cup semi-final for the club since 2016, on that occasion, it was Cork City who came out on top with a 3-1 win. Christy Fagan scored for St Pat's with Alan Bennett and Seani Maguire (2) on the scoresheet for the rebels.

St Pat's will be hoping for a different outcome on Friday as they dream of a return to The Aviva Stadium for the first since since their dramatic cup final win against Derry City in 2014.

Defending FAI Cup winners Dundalk will travel to Richmond in good form, having won four out of their last six games.

They have reached the semi-final stage of the competition yet again having recorded wins against Treaty United, St Mochtas and Finn Harps, after a replay.

The sides have met three times this season in the league, and remarkably, they will meet again on Monday night in the SSE Airtricity League Premier Division.

It was honours even in their first meeting this season when Sam Bone's first goal for the club looked to have sealed all three points but for a Junior Ogedi-Uzokwe equaliser five minutes from time.

In May, goals from David McMillan and a Bone own goal ensured three points went back to Dundalk in a 2-0 victory.

Their most recent meeting came in August, and it was an emphatic win for The Saints with goals from Nahum Melvin-Lambert, Chris Forrester and a Matty Smith brace powering them to a 4-1 victory over the Lilywhites, St Pat's will certainly be hoping for much of the same on Friday night.

"It's going to be a very tough game. Dundalk have been in good form and we know when they have their strongest 11, they are as good as anyone. They have some dangerous players, so we are under no illusions in regard to the test it's going to be. They've proven in the past month or so that they are capable of beating anyone.

We were really focused on this year's competition after getting beaten in the first round against Finn Harps last season. We wanted to have a good cup run and we have had one. We are in the semi-final now and everyone is really excited.

It was 2016 since St Pat's were in a cup semi final, five years is quite a long time, so we are really looking forward to the occasion."

With stadiums back to full capacity after the Government announcement on Tuesday, it means that Richmond Park will be packed to the rafters for this game, something O'Donnell and the players are hoping to use to their advantage.

"Our players are comfortable playing at Richmond. They know the dimensions of the pitch, you can get used to it and identify with certain markings on the pitch and obviously you are playing on it every second week.

The fans are so tight to the pitch, and it adds to a great atmosphere and the fans have been brilliant since they have come back in. It helps when you have won eight games out of nine at Richmond since the gates have opened again, so they have had a lot to cheer about.

The players love playing in front of them. Our fans have been brilliant with us when we have gone through sticky spells. They have never once got on the players' backs and have stayed totally behind them and that really helps players.

There is great connection between players, staff and fans and long may that continue. There's a real feel-good buzz around the place at the minute.

Everyone in looking forward to the game, excited to see a packed house at Richmond, it's been a long time coming. An FAI Cup semi-final in front of thousands, so it has all the makings of being a brilliant night."

Desmond and Lennon Ready For Action

Lee Desmond and Jamie Lennon sat down for a 15 minute interview ahead of the game, you can watch it in full on our YouTube channel or listen on our Talking Saints Podcast, which is available on all good podcast platforms.

Desmond said: "It's a huge game, with the possibility of going to The Aviva on the line, we're looking forward to having a big crowd at Richmond, it's a massive occasion & it's probably the biggest game of the season, but we just have to treat it like a normal game."

Lennon said: "I've never played in an FAI Cup semi-final, so I'm really looking forward to it. We'll be full of confidence after the positive season that we've had so far, we know how difficult the game will be, we'll be ready, we're excited & we can't wait for it!"

Team-news: Sam Bone (suspended) and John Mountney (knee) will miss the game, while Ben McCormack is recovering well from an ankle knock picked up playing for the Ireland U19s which kept him out of last weekend's defeat in Derry.

Match Programme: You can download a free copy of 'The Saint' from our club website on Friday morning.

Tickets Match tickets remain on sale on our website, with 800 or so of 5,000 remaining, some may be on sale at the ground on matchday but we are encouraging all supporters to get their tickets online to avoid disappointment.

Where Can You Watch The Game: If you can't take the game, it will be live on LOITV, with coverage beginning at 7pm and kick-off at 7.45pm, a match pass is available for 5 euro, please note, FAI Cup games are not part of the LOITV season pass and must be purchased individually for cup games.