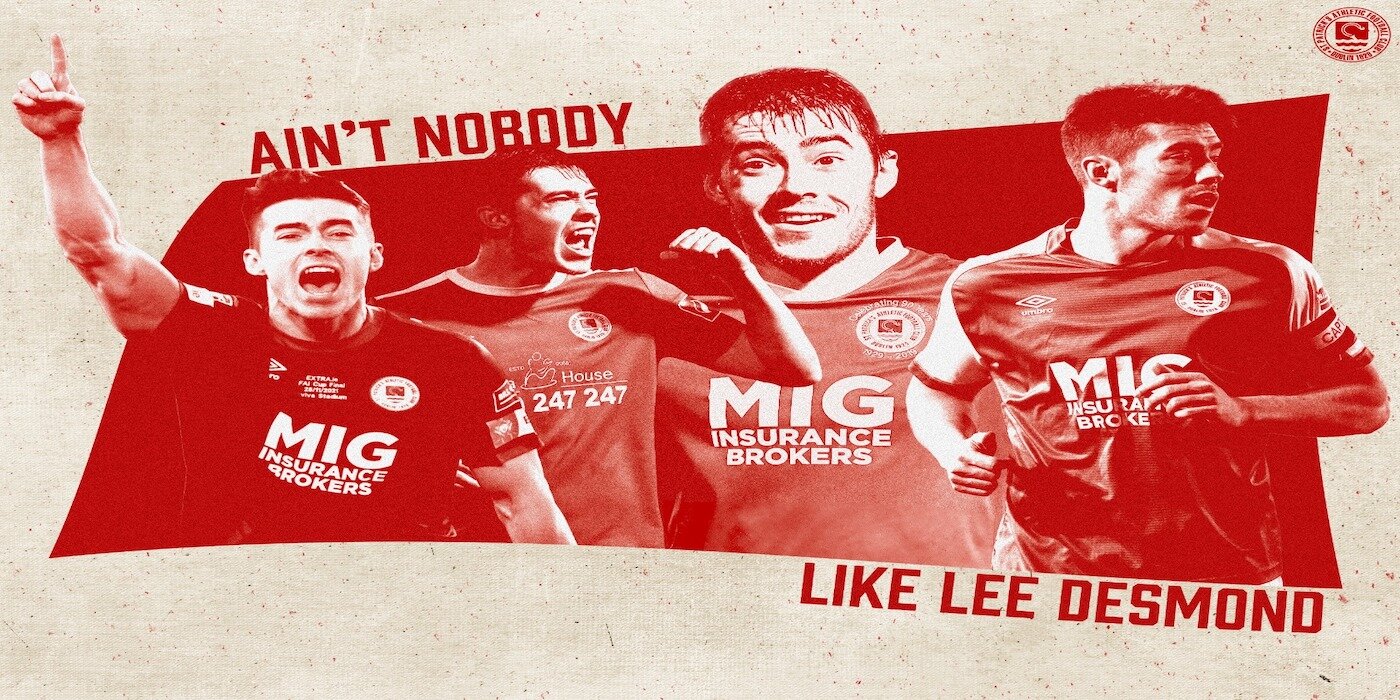 After seven seasons and 225 games, Lee Desmond have left to club to join USL side Sacrameto Republic FC.

His last match as a Saint was the FAI Cup Final win against Bohemians last month.

Desmond sat down with Jamie Moore on Thursday to look back on his time in the famous red and white, you can watch the full 15 minute interview on our Youtube channel now

"On behalf of everyone at St Patrick's Athletic, I'd like to thank Lee for his loyalty and service to the club over the last seven years.

Lee joined us following the FAI Cup win in 2014 and it is fitting that his time at the club ended with our recent Cup win.

Lee's performances for St Pat's were a joy to watch, his commitment, dedication, enthusiasm and most importantly his footballing ability have been exemplary.

He is still just 26, so to have played for the club for seven seasons, and to have made 225 appearances is a tribute to his professionalism both on and off the pitch.

We are disappointed to be losing Lee but understand his ambitions to move to America and start a new life, something he and I frequently discussed.

Lee is a massive fan favourite and is a popular figure both at St Patrick's Athletic and across our league, demonstrated by the reaction to that frightening incident at our home game against Waterford in August.

His presence at Richmond Park will be sadly missed by everyone here, we will all be looking forward to watching his progress in America. Sacramento have recruited a rare gem!"