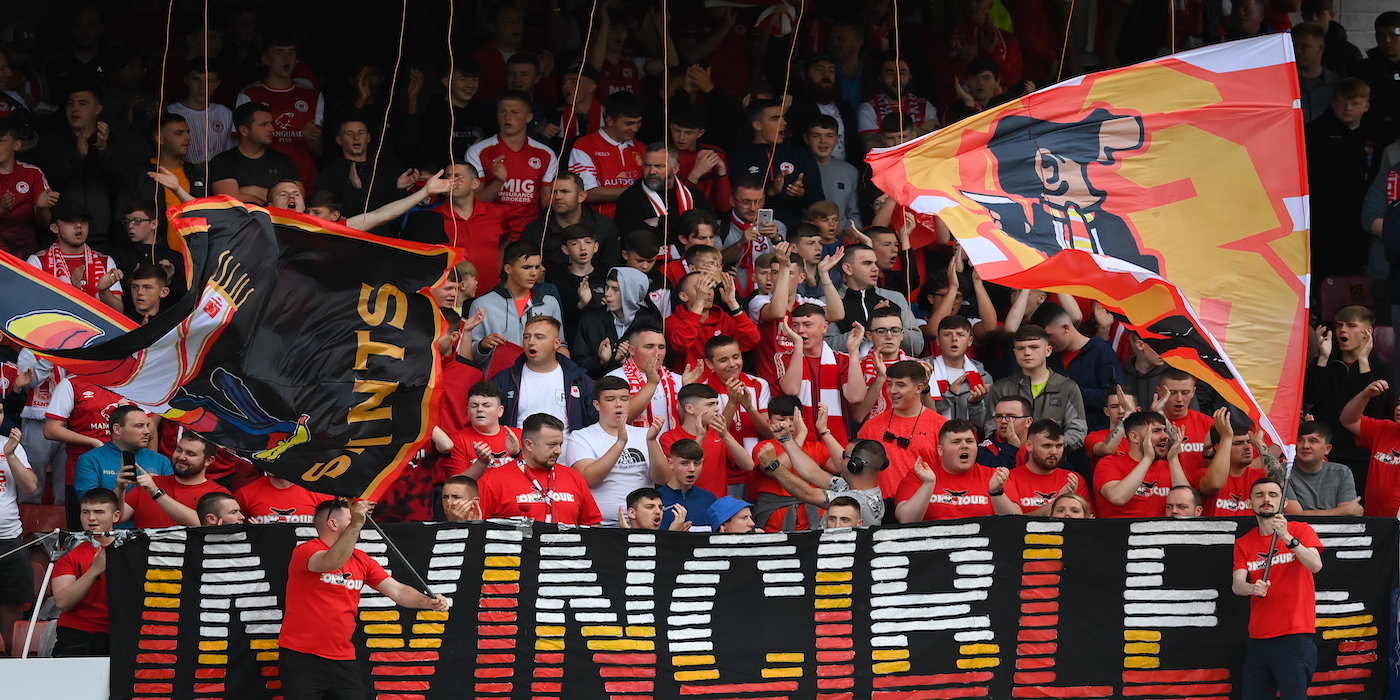 We are delighted to announce our Season Ticket offerings to supporters for the 2023 League of Ireland season.

Season Tickets are now available to purchase online HERE, in the Super Saints Store or over the phone.

The quickest way to place your order is via our online Ticket System in conjunction with Future Ticketing.

Each Section of the ground will have a dedicated Season Ticket, giving you the option to reserve a seat in the Main Stand, stand and sing in Section G, sit behind the goal in the Patrons Stand or mingle on the Camac.

Purchasing a 2023 Season Ticket will guarantee your place for all 18 League of Ireland Premier Division home matches in Richmond Park, including six huge Dublin Derbies which are sure to sell out against Shamrock Rovers, Bohemians and Shelbourne.

The new season is due to start in the middle of February, meaning we will have a break of three and a half months until we are back to Inchicore for Friday Night Football.

- Access to your chosen Section in Richmond Park to all 18 League of Ireland Premier Division home games
-Priority Access to presale events for all Home Cup ties and possible European games for 2023 (limited capacity of 2,500 for European games in Richmond Park)
-Access to presale events for all away League, Cup, and possible European games
-Limited capacity for Dublin Derbies and away games in 2023, all of which sold out
-Below are estimates based off 2022 numbers and are subject to change
-Shamrock Rovers (1,000)
-Shelbourne (850)
-Dundalk (550)
-Sligo Rovers (500)
-Bohemians (450)
-Cork City (400)
-Drogheda United (350)
-Derry City (300)
-Exclusive Supporters Pack for 2023

All Season Tickets Cards and Packs must be picked up from Richmond Park ahead of the new League of Ireland Season. Any Season Tickets ordered before December 10th will be guaranteed to be ready for collection before Christmas.

Concession Season Tickets will be available in all sections of Richmond Park in 2023. They can be ordered online but must be picked up in person with Valid ID. Below are the required IDs for pickup of Season Tickets.

In addition to the many benefits of being a Season Ticket Holder, a Main Stand Season Ticket will give Supporters the opportunity to reserve a seat in the Main Stand of Richmond Park. A total number of 800 Season Tickets are available for this part for the ground.

2022 Season Ticket Holders will be given first refusal on their reserved seats with any fans new to reserving a seat will be able to select a seat online via a seating map.

The name registered to your Season Ticket will be printed on the seat ahead of the first League fixture.

Section G is located at the Inchicore End of the Main Stand, nearest the Main Turnstiles. This part of the ground is considered a standing area and the loudest part of Richmond Park.

This Section has a capacity of 400 People and therefore a limit of 400 Season Tickets will be available for this area.

We expect the Season Tickets in this part of Richmond Park to Sell out as this section has sold out for every game this season.

The Camac Terrace (Opposite the Main Stand) and running alongside the Camac River is the only dedicated Terrace to home supporters inside Richmond Park.

This area allows for the most freedom of movement with some spectators choosing to switch ends at half time to allow the best view of the goal the Saints will attack throughout that half.

A large number of Season Ticket cards were lost or damaged in 2022 and had to be replaced at a cost to the club. A replacement fee of €20 per card will be implement for the 2023 without exception.

Any questions relating to Season Tickets can be directed to karl.stafford@stpatsfc.com