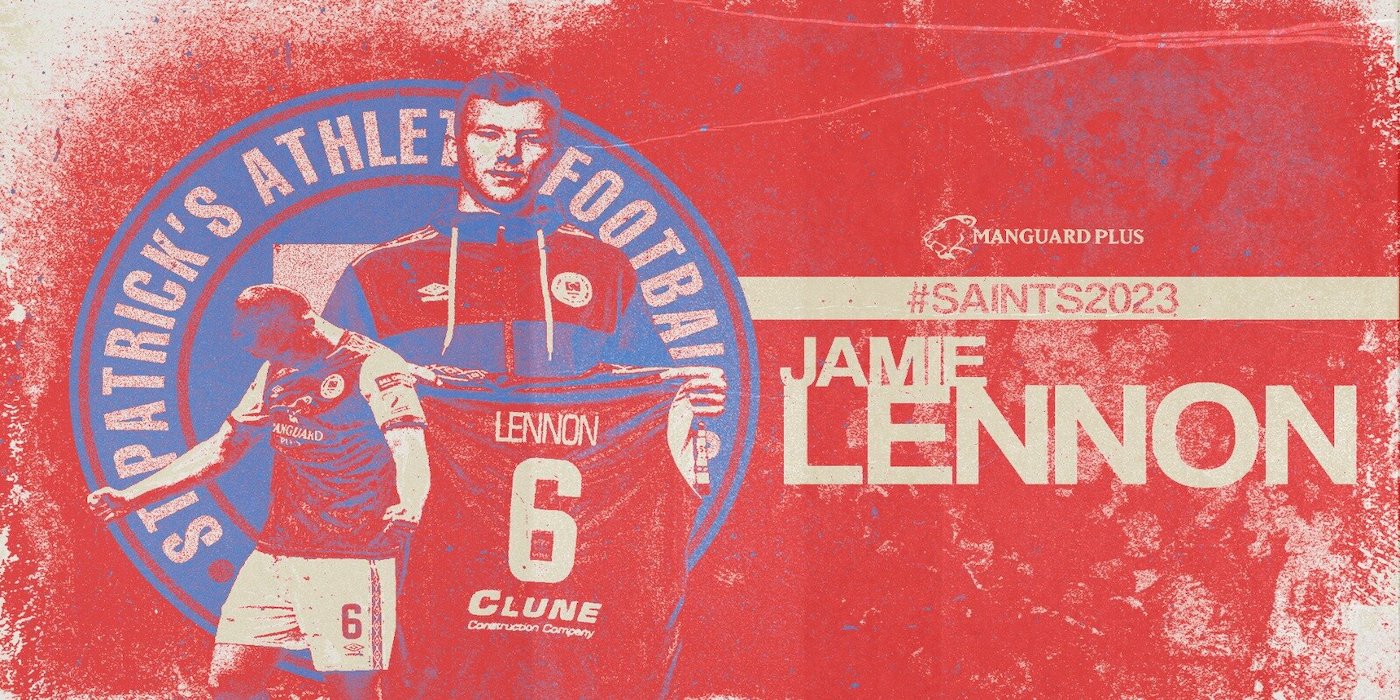 St Patrick's Athletic are delighted to confirm that Jamie Lennon has signed a new mutli-year contract at Richmond Park.

The 24-year-old will be going into his 6th full season as a senior player at the club, having made his league debut on the opening night of the 2018 campaign.

Lennon has made 136 appearances in the famous red and white, 112 of them in the league, and was part of our FAI Cup success in 2021.

In the current squad, only Chris Forrester (288 appearances during his two spells) has played more games for St Pat's.

Jamie joined our U19s in January 2016 and spent two seasons in The Saints Academy before progressing to the senior squad.

He made his first team debut in August 2017 in a Leinster Senior Cup game against Firhouse Clover, scoring his first and only senior goal for the club that day, a cracker from outside the box.

'Lenny' spoke to our Youtube channel about his new contract, his time and the club so far and plans for the future, you can watch it in full now via the link below:

"It's brilliant, I'm delighted to commit to the club for the next couple of years.

I have a lot of good memories here over the years and I didn't want it to end now so I'm delighted to have signed a new contract and am ready to make some more new memories and try to bring more success back to Inchicore.

I've been here for a long time since joining the U19s, I have a loyalty to the club, I have a good relationship with the players and coaching staff and the people behind the scenes in the club and the supporters too, so it was a no brainer for me to sign back in the end.

I have a special relationship with St Pat's and really I'm happy that that is going to continue."

"Jamie has been a huge part of the squad and the club over the last number of years and he was someone we wanted to get tied down for the next couple of years.

In terms of players who were out of contract at the end of last season, a new deal for Jamie was one of our main priorities as he is a key part of what we want to do moving forward.

It was no coincidence that our winning run of form towards the end of last season came when Lenny returned from a long term injury. Our performances and results really picked up when he came back for Europe and the League games.

We are looking forward to getting a good pre-season into him so that he can hit the ground running in 2023, myself and everyone at St Pat's is delighted with today's announcement."