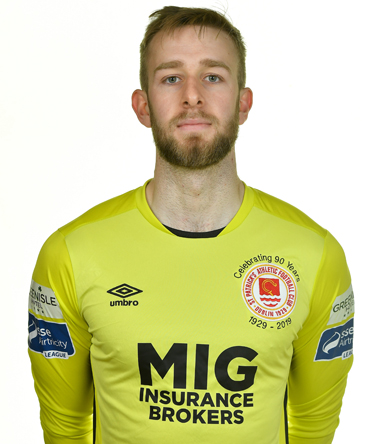 Kearns joins the club from UCD and having been involved in the 12 months prior in the Republic of International under 21 squad under the guidance of one time St Pat's U21 manager, Stephen Kenny.

Kearns played for Templeogue at schoolboy level before making his senior debut for UCD against Shelbourne in February, 2018. The youngster made 55 appearances during his time at UCD where he helped the side regain Premier Division status by gaining promotion in 2018, but despite his best efforts, Kearns and co were relegated in 2019.

Conor has a direct link to Inchicore already with his two grandmothers coming from the area.

Conor left the club at the end of the 2020 season.