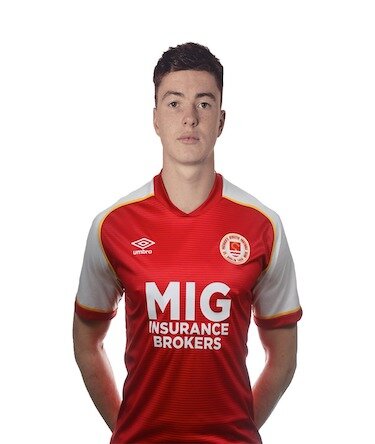 The 21-year-old, from Essex, joined us on loan from West Ham in February.

He has been with his boyhood club since the age of eight.

Alfie made his Premier League 2 debut at the age of 16 for West Ham against Wolves back in 2016, and been a regular at U23s level ever since.

He has also featured in a number of EFL Trophy matches for the club.

Lewis was also on the bench for the first team for their Premier League game against Chelsea last season.


Previous Clubs: West Ham United (Alfie is on loan with us from West Ham)