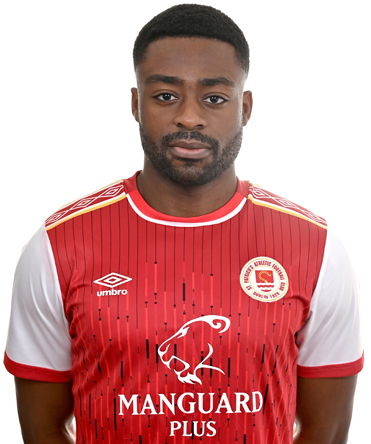 Tunde Owalabi joined the Saints in December 2021 ahead of the 2022 season after signing for Tim Clancy's Saints.

The 26-year-old born in Antwerp, Belgium joined from Finn Harps, where his scored 10 times last season, including a hat-trick against the Saints at Finn Park!

The former FC United of Manchester and Hamilton Academical striker had a very successful campaign under Ollie Horgan in Ballybofey, after he joined the Donegal side following a short spell at Hamilton Academical in Scotland. Previous to that, Owalabi made his name at FC United where he scored 28 goals in 28 appearances.