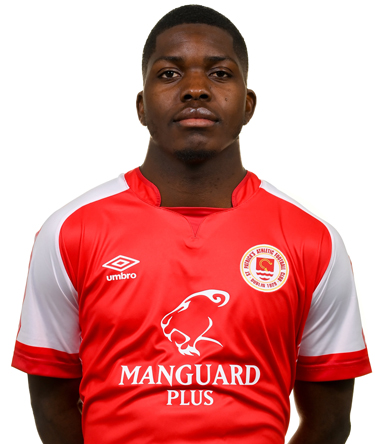 The 23-year-old signed an 18-month contract and made his debut that night against Dundalk in a 1-1 draw at Richmond Park.

Atakayi quickly became a fan favourite in Inchicore, netting five times in his 17 appearances in 2022, including the famous winner away to CSKA Sofia in the UEFA Europa Conference League qualifiers in August, The Saints won 1-0 to achieve one of the best results in the year 94 year history of the club.

He was born in Congo but applied for asylum in Finland when he was 11, becoming a Finnish citizen in 2016.

Serge joined the FF Jaro Academy in 2013 before making his senior debut in 2015.

He is the youngest scorer in Finnish top flight history, having netted against HIFK aged 16 years and 107 days.

Atakayi joined Rangers in August 2016 and made his first team debut in a 7-1 win against Motherwell during the 2018 season, but unfortunately broke his ankle in that match.

Serge left Rangers in December 2019 to return to Finland and sign back for SJK, where he worked under current St Pat's Assistant Manager Jon Daly.