Glenn is a hugely experienced striker who has won league medals with both Shelbourne and Drogheda. He also won two Setanta Cups while with the Louth men.

Came to Richmond Park in 2007 and though goals were difficult to come by his European experience helped during the Saints 2008 UEFA Cup run.

He has recently been sidelined having collapsed while warming up for the Saints game against Bohemians on Easter weekend. He hopes to return to training in the coming weeks. 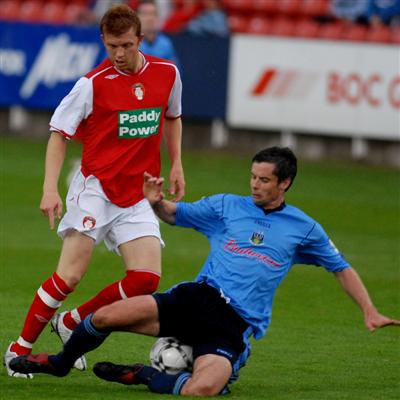