Damian has won league titles at both Bohemians and Drogheda as well as two Setanta Cups and an FAI Cup on Boyneside.

Primarily a right back Damian also played centre back and centre midfield during the past two seasons impressing SAints fans with his committed approach.

Won an FA Youth Cup at Leeds United in 1997 and had a spell at Nottingham Forest before returning home to join Bohemians in 2002.

Had three successful seasons at Dalymount Park before moving onto Drogheda in 2004.

Damian signed for Pats at the end of the 2007 season. He has been capped for Ireland at all levels from U15 to U21. 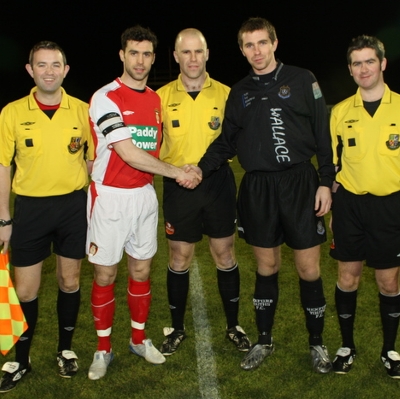