UCD frustrated St Patrick's Athletic in a 0-0 draw in new manager Stephen O'Donnell first home game in charge of the Inchicore side to breathe life into their own SSE Airtricity League Premier Division survival hopes with a big point at Richmond Park.

A chance was therefore lost by St Pat's to overtake Derry City in fourth place in the table as they failed to avenge their FAI Cup defeat at the UCD Bowl last month.

UCD ended a run of six straight league defeats, in which they had conceded 30 goals, to move to within five points of second-bottom Finn Harps.

O'Donnell made four changes from last week's come-from-behind win at Finn Harps, the most striking being in goal where Barry Murphy came in for his first league start of the campaign in place of Brendan Clarke, delaying the latter's 200th league appearance for the club.

The home side started positively, with Dean Clarke arrowing a shot narrowly wide having worked a one-two with Simon Madden on the right five minutes in.

It proved something of a false dawn for Saints who, despite dominating the ball, struggled to create much in the final third.

Ronan Hale, played in by Clarke, did have the ball in the College net minutes later but was flagged offside by assistant referee Michelle O'Neill.

St Pat's then had some defending to do on 14 minutes as Dave Webster got his body in the way to block a shot from Yoyo Mahdy, who'd been teed up Jason McClelland.

While Saints continued to enjoy plenty of the ball, they laboured to trouble Conor Kearns in the UCD goal.

The industrious Rhys McCabe did find a pocket of space to shoot from distance on 37 minutes, but the effort was straight at Kearns, who saved comfortably.

Hale did likewise five minutes before the break, following a promising opening orchestrated down the left by Glen McAuley and Darragh Markey.

The ball was in the UCD net for a second time six minutes into the second half, again though, as with Hale in the first half, an offside flag cut short McAuley's celebrations.

O'Donnell brought on Chris Forrester just past the hour mark to try to spark his side into life.

They thought he'd done just that on 67 minutes, threading McAuley in on goal. But once more the flag went up for offside before McAuley shot home.

Kearns saved at his left-hand post from Lee Desmond before making the stop of the night on 72 minutes.

This time McAuley was onside from Clarke's through ball. Kearns was out early to get down and make the save from the low drive that lacked conviction.

UCD remained in the game, with McClelland's surging run and shot deflected out for a corner four minutes later.

Mahdy was then not too far off target with a drive from distance that whizzed past Murphy's right-hand post.

St Pat's had one last chance on 81 minutes, but substitute Gary Shaw's header was saved on the line by Kearns.

And it was UCD who almost snatched victory at the death, with substitute Sam Byrne rifling over the bar in stoppage time. 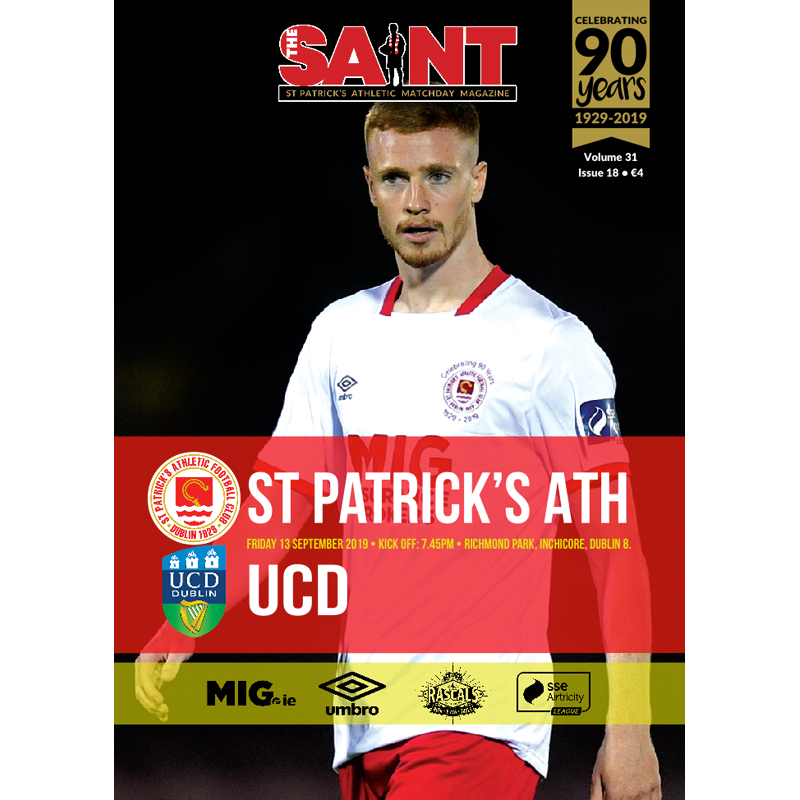