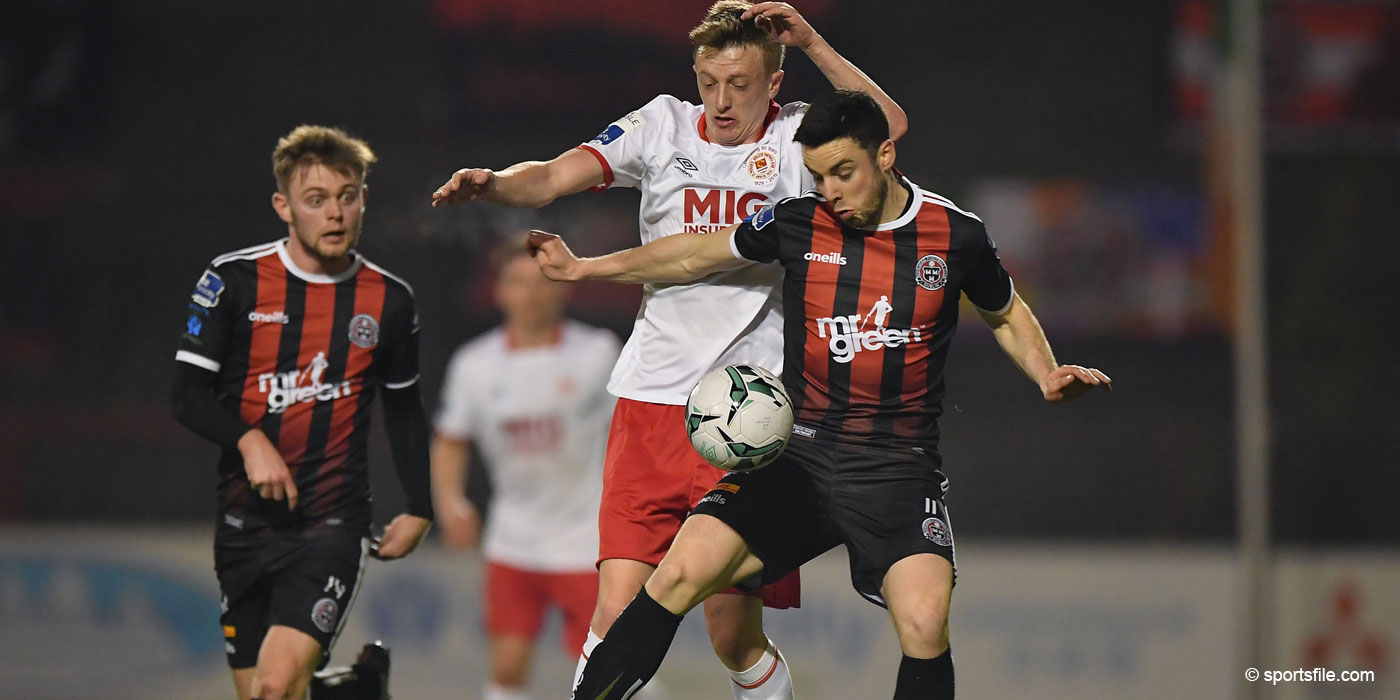 Chris Forrester scored his seventh goal in as many games, with Conan Byrne rowing in with a brace, as St Patrick's laboured to a seventh straight league win in seeing off 10-man Galway United at Richmond Park.

St Patrick's gave a full debut to new signing Shane McEleney alongside Lee Desmond in the centre of their defence.

Galway, with three changes from their home defeat to Bray Wanderers last week, started Stephen Walsh, who had played in central defence all season, up front with Padraic Cunningham in a positive 4-4-2 line-up.

Brim-full of confidence, with 17 goals in their previous six wins, St Pat's carved Galway open all too easily to take an eighth-minute lead.