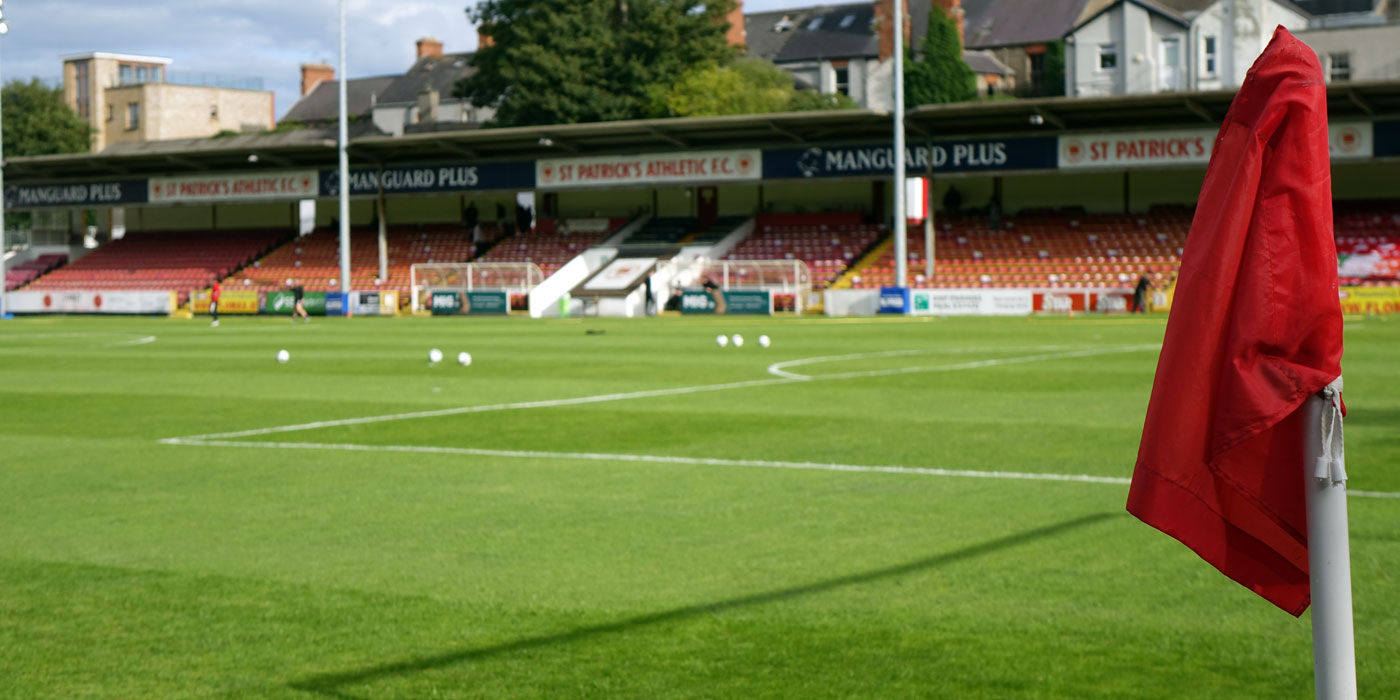 St Patrick's Athletic host Drogheda United on Friday night as the Saints look to record a win over the Boynesiders in the SSE Airtricity League (kick-off 7.45pm).

Following a 2-0 defeat away to the Claret and Blues earlier in the season, St Pat's will be looking for a reversal in fortunes in Richmond Park.

The Saints enter the game off the back of two successive away draws against Derry City and Bray Wanderers, while opponents Drogheda United were pegged back in the closing moments of their league fixture against Galway United last weekend in a 2-2 draw.

Speaking to stpatsfc.com ahead of Friday night's game, Liam Buckley underlined the importance of his side getting a result as the Saints look to build on two positive results in their last two league fixtures.

"Recent games against Derry and Bray were tough for us however I thought we showed good character in both games to get results, and we were perhaps unfortunate not to take more points from the games."

"Drogheda are a little ahead of us in the league table so a win would put us right in there with them in the middle of the pack so the aim on Friday is to try and get the three points.

The game earlier in the season was very even and played in poor weather conditions in March so the recent good weather should hopefully mean that a good game is played out."

In team news, the Saints remain without Darren Dennehy with an ankle injury, but otherwise have a full squad to select from.

Saints' forward Kurtis Byrne is a man in-form with two goals in his last two league games. Speaking to stpatsfc.com the Dubliner echoed the sentiments of his manager that the Saints will be looking to turn recent draws into wins.

"We're coming into the game off the back of two good results, and arguably could have won both having led twice in Derry, while last week I'd a chance to win it at the end against Bray so I we were a little unlucky from that end. But the two draws show we are playing better and we know we can pick up results.

"The way the league is at the moment, a win can lift you up a number of places so we've to try and do that starting Friday which is our first home league game in a few weeks."

Byrne, son of former Saints' midfielder Paul, however added that the Inchicore side are under no illusions that they face a tough test against a side managed by former Pat's boss Pete Mahon.

"Drogheda are a good side though, and showed that when they beat us a few months back and have since recorded a few good results. They will be difficult opponents, but the focus remains on ourselves in terms of being a little more clinical in front of goal and defending better as a team. If we can do and stick to the game plan, we've every belief we can pick up three points."