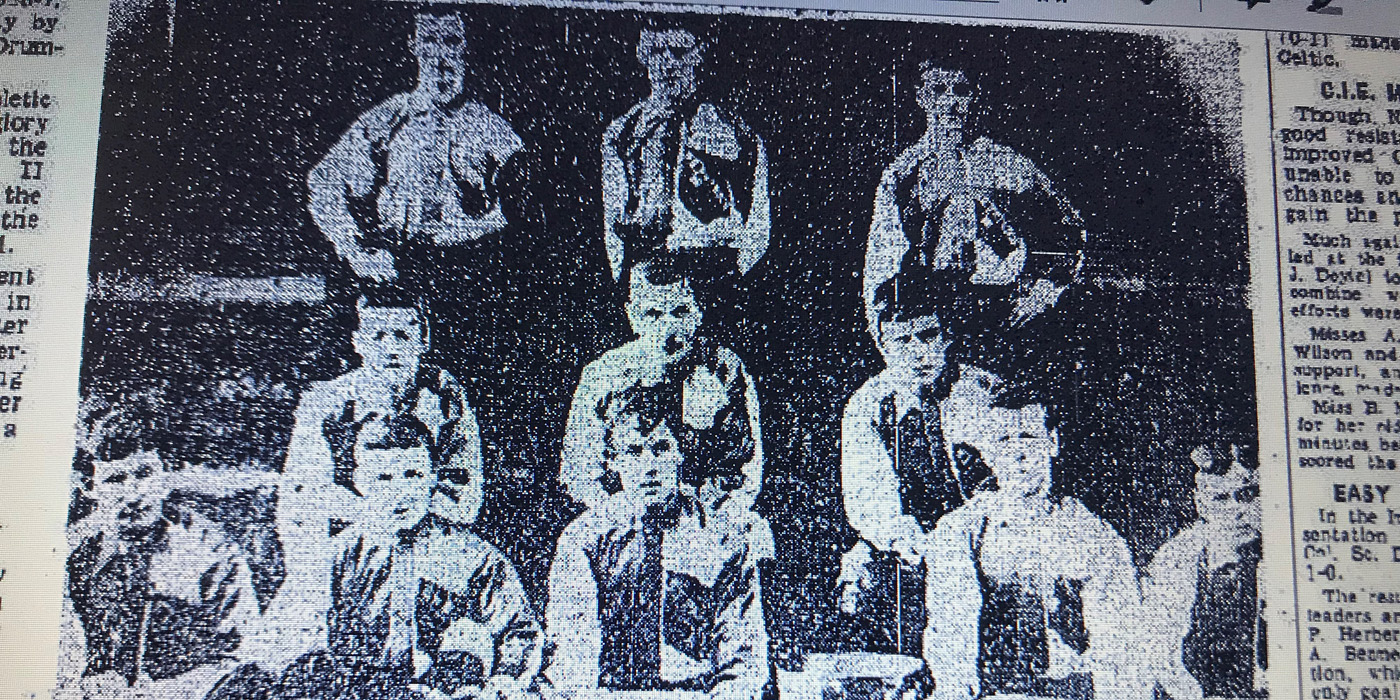 While we celebrate our 90th anniversary this year, football in Inchicore goes back much further than 1929. And the name St Patrick's features prominently.

The first St Patrick's football team in Inchicore played a different code; Gaelic football. Formed in 1886, they played at first in a substantial ground located at the site of the modern-day Tyrconnell Park.

This ground even hosted the second All-Ireland finals in 1889. While the club folded within a few years, it is likely that they moved around 1890 to the site of the modern-day Richmond Park.

In 1898, another club called St Patrick's arrived on the scene - this time, playing soccer. It was a minor club - a team for boys under 19 - comprised of young apprentices from the railway works.

This St Patrick's football club, coming 31 years before our club, is still a part of our story. In an early Pat's programme from 1947, an article profiling the history of our club opens with the story of the 1898 St Patrick's and notes that "St Patrick's Athletic are the modern and grown-up successors."

The 1898 team was organised by a railway works apprentice, Dick Neville. Richard "Dick" Neville was born around 1881 and lived at 8 North Terrace, part of the Works housing estate.

He had seen an ad in a paper from Vaughan's of Birmingham, the 'famous medal makers,' that a Cup and set of medals would be presented for an Under 19 competition. Neville stated that he convinced players from a Gaelic club attached to the railway works to switch codes.

These young lads named their team St Patrick's because the captain, Jack Mangan, an engine fitter at the works, lived on St Patrick's Terrace in Inchicore.

This team's 'leader' was said to have been Dick Merrigan who lived at 4 North Terrace, close by to Dick Neville. He was the around the same age as Dick Neville and Jack Mangan and was a railway clerk. Their club secretary was the 17-year old Henry Harvey, a fitter's apprentice from Granite Terrace.

An Irish Independent report written 50 years later states that the formation of St Patrick's was "helped by the sixpences of the Railway men from Inchicore Works."

St Patrick's first game was against Dundalk Educational School, with the Saints winning 7-1. They went on to contest the final of what seems to have been called, simply, The Minor Cup. Several accounts record the score as St Patrick's 4-2 Drumcondra.

A successful protest from the interestingly-named Tritonville Minnows, who had lost to Drumcondra in the semi-final, meant that St Patrick's had to play a second final against them in Sandymount. St Patrick's won this 4-2, presumably collecting Vaughan's medals afterwards.

St Patrick's continued until at least 1902 playing in the Co Dublin Junior League, the IFA Junior Cup and other competitions. It is not clear what happened to the club after 1902 but there is some evidence that they became the Great Southern & Western Railway team which competed at a high level of junior football between 1904 and 1920.

Dick Neville, the man who brought soccer to Inchicore, went on to have a long career in football administration, continuing involvement in the FAI as late as 1970. His grandson Mick Neville was an accomplished League of Ireland player.

For the 90th anniversary, we are running a Pat's history project with the hope of a book being published.

if you have any photos, memorabilia, documents or stories from Pat's history.