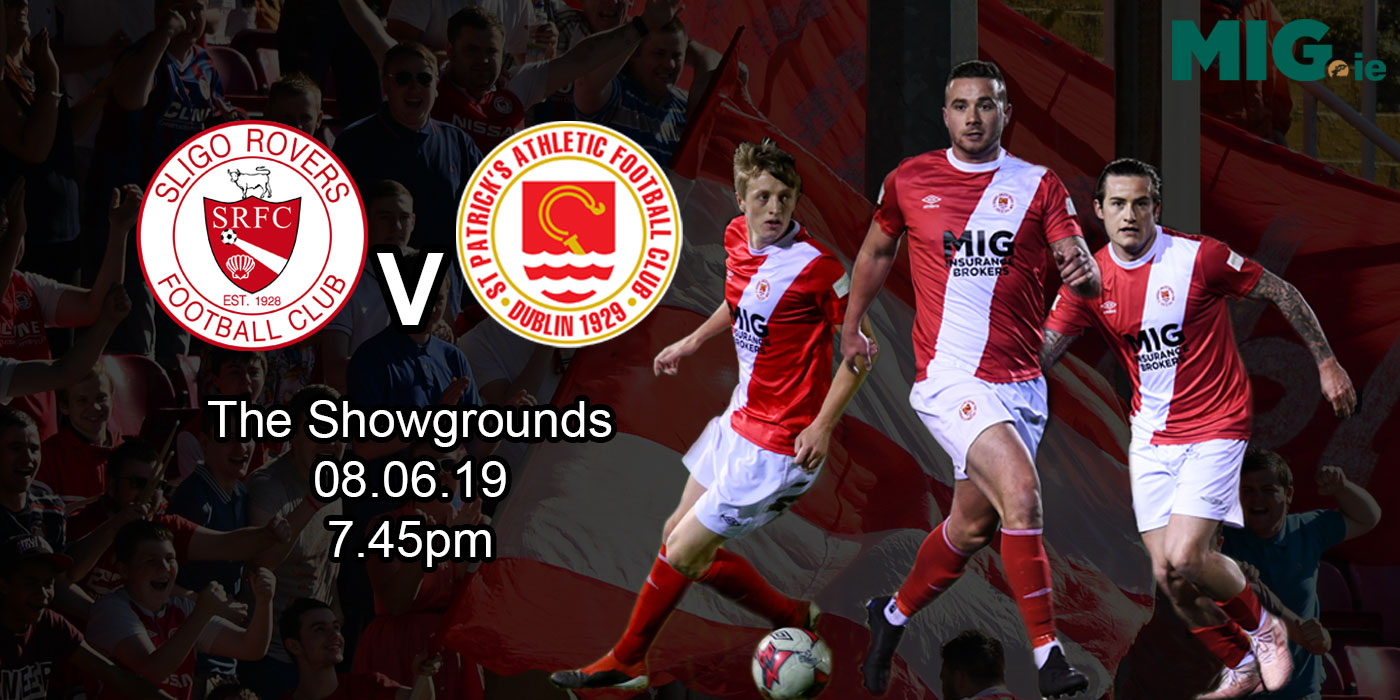 St Patrick's Athletic travel west on Saturday to face Sligo Rovers in the SSE Airtricity League, kick-off in the Showgrounds is 7.45pm.
The Saints will be looking to maintain their form against the Bit O'Red which has seen them claim maximum points in their two league meetings so far this season.

In February, a late Mikey Drennan header earned Harry Kenny's Saints a 1-0 win in the Showgrounds, while in April Pat's picked up a 2-1 win in Inchicore through goals from Drennan (pen) and Chris Forrester.

In team news, manager Harry Kenny will be without midfielder Conor Clifford through injury, while Jamie Lennon is also unavailable as he is on Republic of Ireland under 21 duty at the Toulon Tournament.

The Saints however are boosted by the return of former Sligo midfielder Rhys McCabe from suspension, while Lee Desmond has also resumed training and he faces a late fitness test to determine his availability.

Looking ahead to the challenge of facing Sligo, midfielder Cian Coleman is hoping Pat's can build on last week's draw against Cork City which saw the Cork born player make his first start of the 2019 league season, while also setting-up Simon Madden to score a late 95th minute equaliser.

"We didn't play our best against Cork last week but we kept going to the end and whatever it was, 95th minute, I got a flick on the ball and Simon was in the right place to finish it to the net. I wasn't sure if we were going to get another chance late on, so I just gambled on that long ball, got a header to it and Simon took the chance," Coleman told stpatsfc.com.

Looking ahead to the trip on Saturday to face Liam Buckley's Sligo Rovers side, Coleman admits that he is expecting another close game, similar to those already played out between the sides this season.

"With Sligo, it has always been tough against them this year. Mikey's late goal was the difference earlier in the season, and we also won a tight game that finished 2-1. Every game in this league is tough but we know we need to start picking up three points week in, week out to start climbing the table.

"Consistency is the key and that is what Harry [Kenny] has been telling us so if we can do that, we can win on Saturday against Sligo and hopefully start to push up a few places in the table."