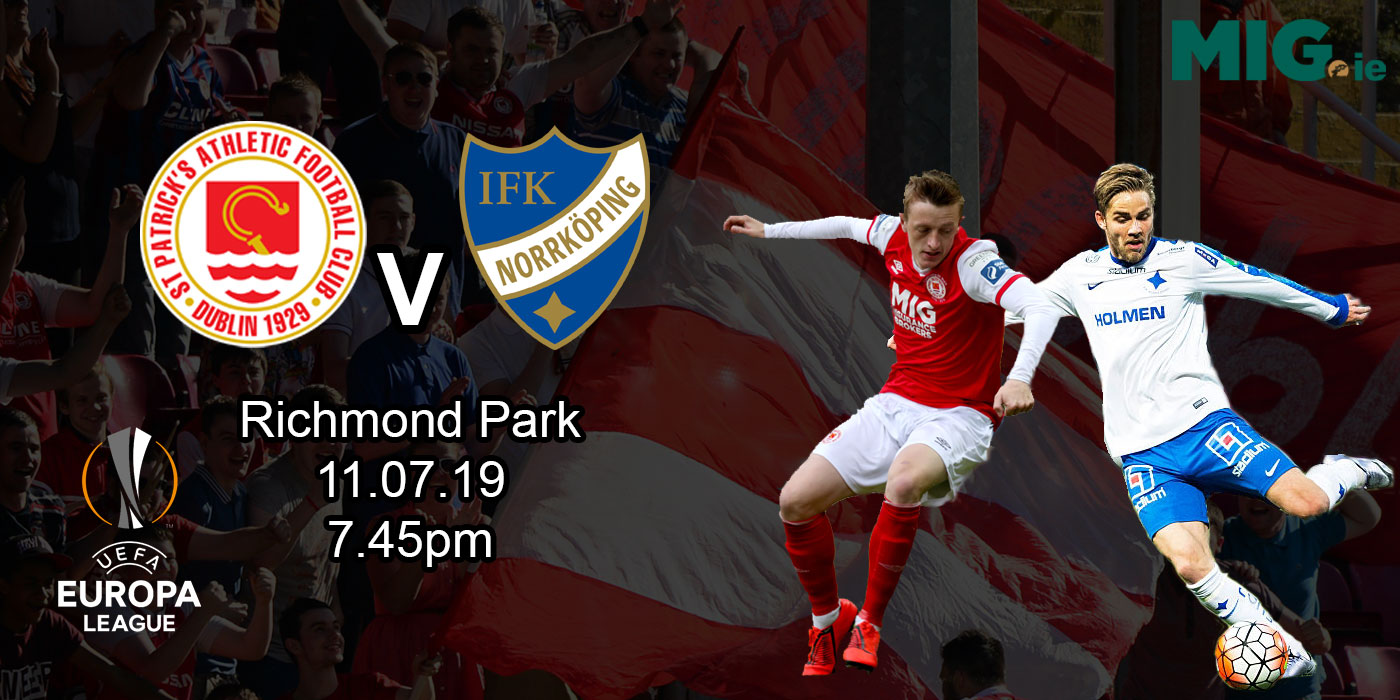 The Saints will look to past European experiences against Swedish opposition back in 2009 when they turned over IFK Elfsborg 4-3 on aggregate; goals from Jason Gavin and Mark Quigley helping Pat's to a 2-1 home win after a 2-2 draw in Sweden.

In team news, Harry Kenny has a full squad to select from ahead of the game which the manager outlined had added to what has been a good build-up to the game following last week's 2-1 away win in the league to Waterford.

"The week has gone well, everyone is in good form and we are all fit. We are very much looking forward to the game. We have done a whole pile of work on IFK in the sense that we have had people go watch them and analyse them, so it is over to the players now," Kenny told stpatsfc.com.

Discussing the opposition in greater detail, Kenny outlined that he expects a tough challenge, but maintains that the Saints can go into the game with belief that his side can progress.

"I don't think they are a typical European side. They are an aggressive side and have a very good game plan. They play pretty direct football, and they have very good individual players. They have plenty of internationals through their team. They have a Costa Rican international and lots of Swedish internationals so it is going to be a very tough game. They are very experienced in this setting of European football so we don't expect anything else other than a tough game."

Another big night of European football in Inchicore is expected with the game expected to sell out and supporters urged to purchase their tickets in advance. Harry called on Pat's supporters to turn up in big numbers and help create a great atmosphere.

"There is a great buzz about the place and you can feel the atmosphere building. You can feel it in Inchicore and feel it amongst the lads. The fans are going to be at the game in large numbers and it's credit to them that the support has been great. I've only watched a couple of videos of past European games in Richmond and the atmosphere was fantastic so let's hope we can re-create that on Thursday night."

For Saints' defender Lee Desmond, the experience of facing Norrkoping is one he is relishing with the 24 year old outlining that the players are focused on getting a result to take into the second leg.

"It's simple enough in terms of what we are hoping for. Get a good result at home and bring it to Sweden," Desmond told stpatsfc.com. "We definitely know we have the squad to do that. We haven't hit the heights in the league, but with the Europa League now taking place, it's a fresh start for us mentally and a new competition so it's important we do well."

A limited number of tickets are available to purchase for the game from the club office or online.