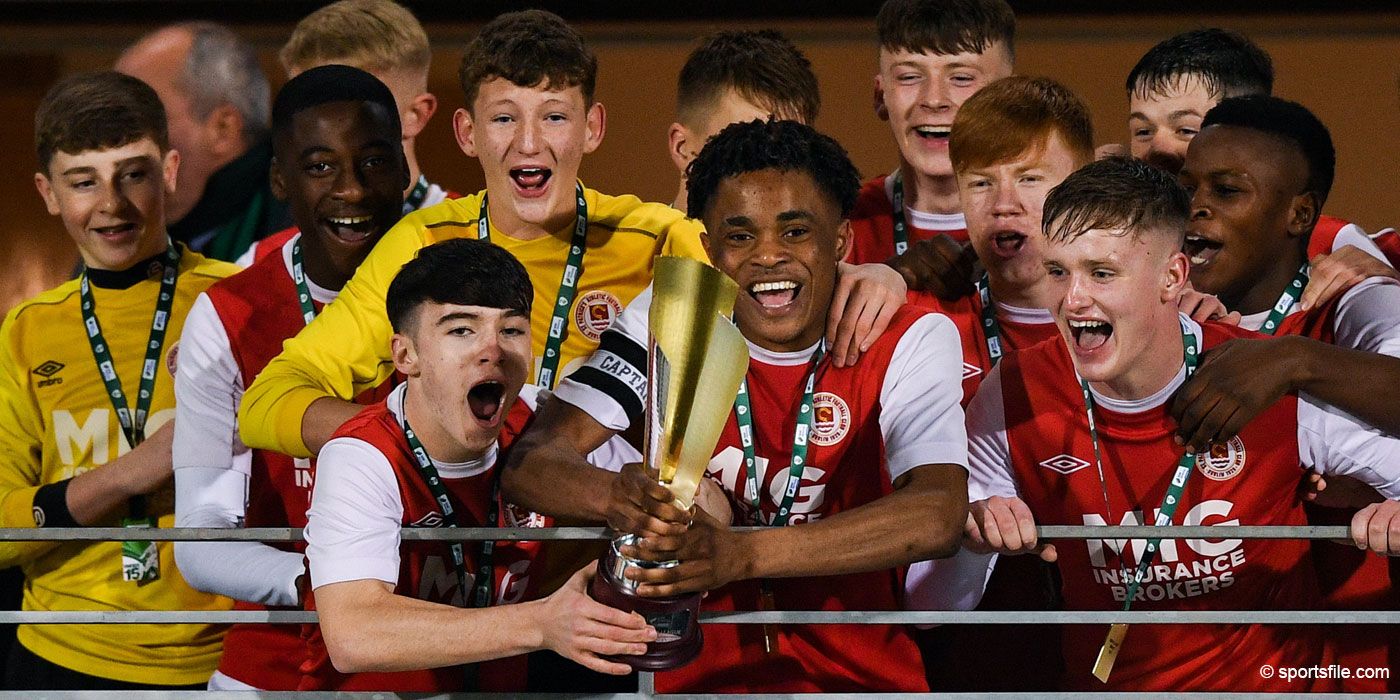 Jack O'Reilly's fantastic strike saw Pats take the lead early on before Dara McGuinness doubled their lead after the break. Sam Curtis pulled one back for the home side but the Richmond Park club held on to claim their second under-age league title in as many days.

Buoyed from their U13 League title victory on Wednesday, Pats began the game on the front foot and deservedly took the lead in the 12th minute. O'Reilly found space just outside the area and after he turned onto his right, he fired home off the post.