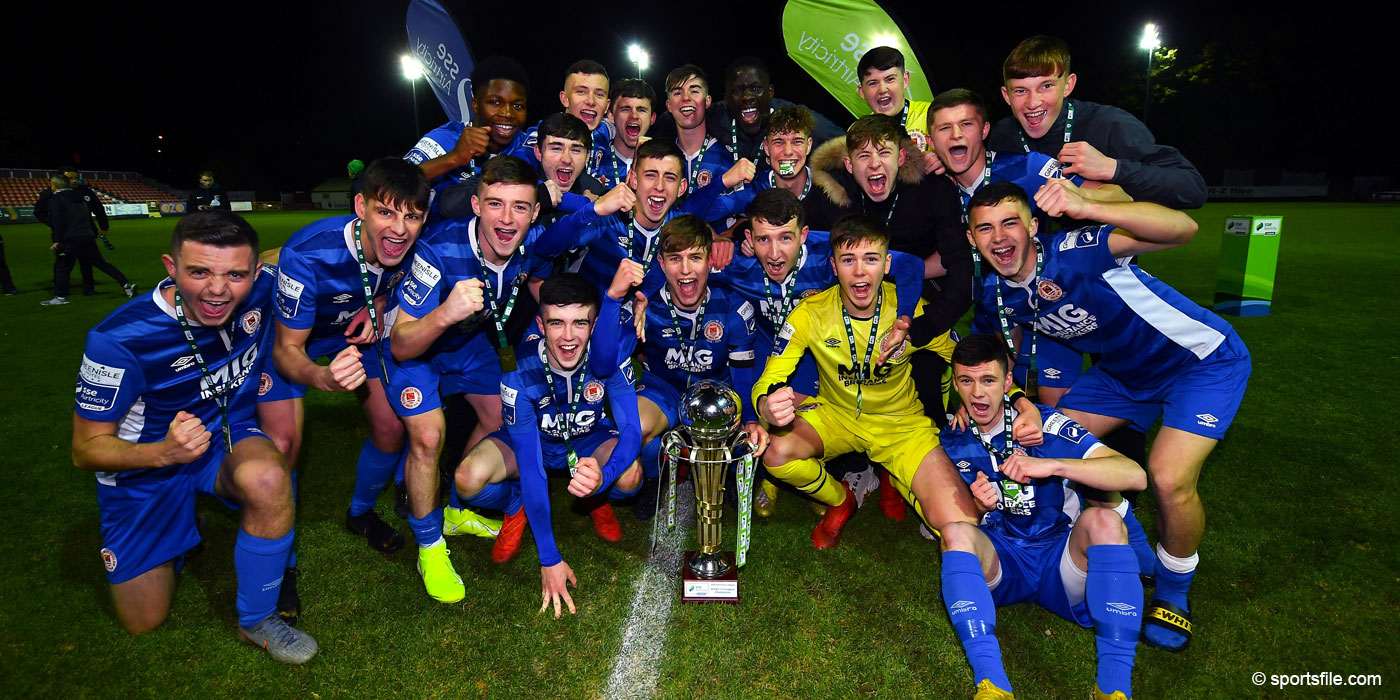 The SSE Airtricity League National under-age 2020 season is set to begin in March 2020.

The SSE Airtricity National U-15 & U-13 Leagues will consist of a three-group structure in the 2020 season.

St Patrick's Athletic will be looking to defend their under-age league title treble next season having won the U-13, U-15 & U-17 league titles in the 2019 season.

Ger O'Brien, St Patrick's Athletic Director of Football, has praised the progress made in the SSE Airtricity under-age leagues in the 2019 season as they look forward to defending their titles.

"From a Pats point of view, we've embraced the whole under-age set-up. We've got an owner at the club who really wants us to be a huge part of the club's future," said O'Brien.

"You look across the league and how the national under-age sides have had huge success in recent times, and that is down to the work done across the board at international and club level.

"We've brought players in from schoolboy clubs and the national league is able to lift the players' profile and platform to the next level. The U-15 & U-13 groups come in four nights a week whilst the U-17 & U-19 groups mirror the first team which is important for us.

"The U-15 & U-13 leagues were important steps to be taken and we've got to work together with the association, clubs, parents, players and coaches to continue to evolve.

"Not only domestically but at an international level as well where the clubs are developing players who are more tactically, physically and technically developed for the international stage as well."

The Republic of Ireland U-15s secured a 3-1 victory over England last week at St. George's Park with 14 players in the 18-player squad from the SSE Airtricity National U-15 League.

Ireland U-15 Head Coach Jason Donohue has praised the impact of the national under-age leagues in helping progress the best young talent in the country.

"There is no question that the national under-age leagues are helping us compete with the best national teams in the world," said Donohue.

"The creation of the leagues has helped us close the gap as it gives the players a better training environment to progress their talent. Also, the matches in the league are at a much higher intensity than previously which has seen our national team progress.

"We recently beat England with 14 players in the squad from the national under-age leagues and the results prove how much we're progressing at the level."