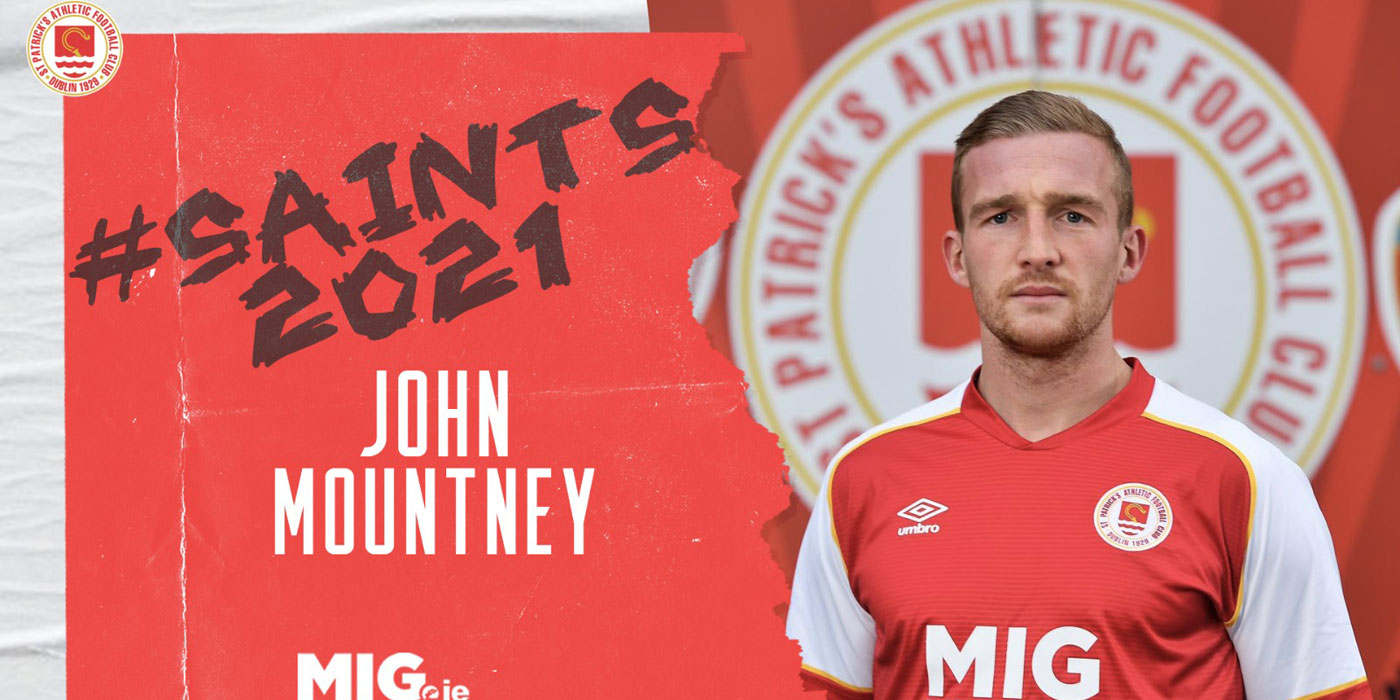 St Patrick's Athletic are delighted to confirm the signing of midfielder John Mountney ahead of the 2021 League of Ireland season.

The Bohola native links-up again with both Robbie Benson on the playing front and Head Coach Stephen O'Donnell. Speaking to stpatsfc.com O'Donnell expressed his delight to add the experience and quality of Mountney to the Saints' ranks.

"We are delighted to get the signing of John over the line. He is a player who attracted a lot of interest and when you list out his achievements and trophies won at Dundalk, he will give us a huge amount of experience.

"He is coming back off the Europa League group stages having played against Arsenal at right wing back at the Emirates. Someone with that experience, that knowhow and quality is very hard to come by.

"He can play in a variety of positions and his football intelligence is excellent too as he will know how to play in whatever position he plays in. He is technically a very good crosser of the ball, can play off either foot and is a supreme athlete who looks after his body well. He wants to max out his talent and wants to be the best footballer he can be."

Mountney is looking forward to a fresh start in 2021 and admitted he is excited at playing for the Saints in the coming season, as well as linking up to work with Head Coach Stephen O'Donnell.

"Since Stephen made the contact with me and explained what he is doing here, it excited me straight away," he told stpatsfc.com. "Everything changes at some stage and watching a lot of the games Pat's played last year and seeing the brand of football played excited me, as well as seeing what is being built here. It made me decide that this was the next chapter for me."