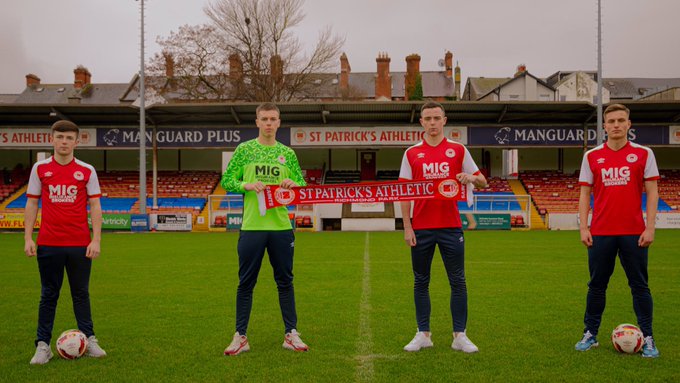 St Patrick's Athletic can confirm the signing of Matty Smith from Waterford FC ahead of the 2021 League of Ireland season.

Smith (23) joins the Saints having spent last season with Waterford FC in what is his sole year spent in the League of Ireland. Speaking to stpatsfc.com having secured the attacker for the 2021 season, Saints' Head Coach Stephen O'Donnell expressed his excitement at having captured the Scot who has previously played for Dundee United.

"I really admired Matty at Waterford last season. He gave a real edge from higher up the pitch and aggressive running in behind, closing down and showing a really good work ethic. He is again another one for us with a great age profile at 23 years of age. I can't wait to get working with him on the training pitch and I am really delighted we have got him over the line in joining us."

For Smith, joining Pat's was an obvious move after O'Donnell made contact with him to discuss a move to Dublin and playing in Richmond Park for 2021.

"I am really happy to be a St Pat's player. I had a few chats with Stephen over the past few months and he was very eager to get me into the team. I liked the way he was talking about he is going to get me to improve myself and how the season is going to turn out, so it was a no brainer really for me to join Pat's."

The Saints are delighted to add a further group from the club's academy to the senior ranks.