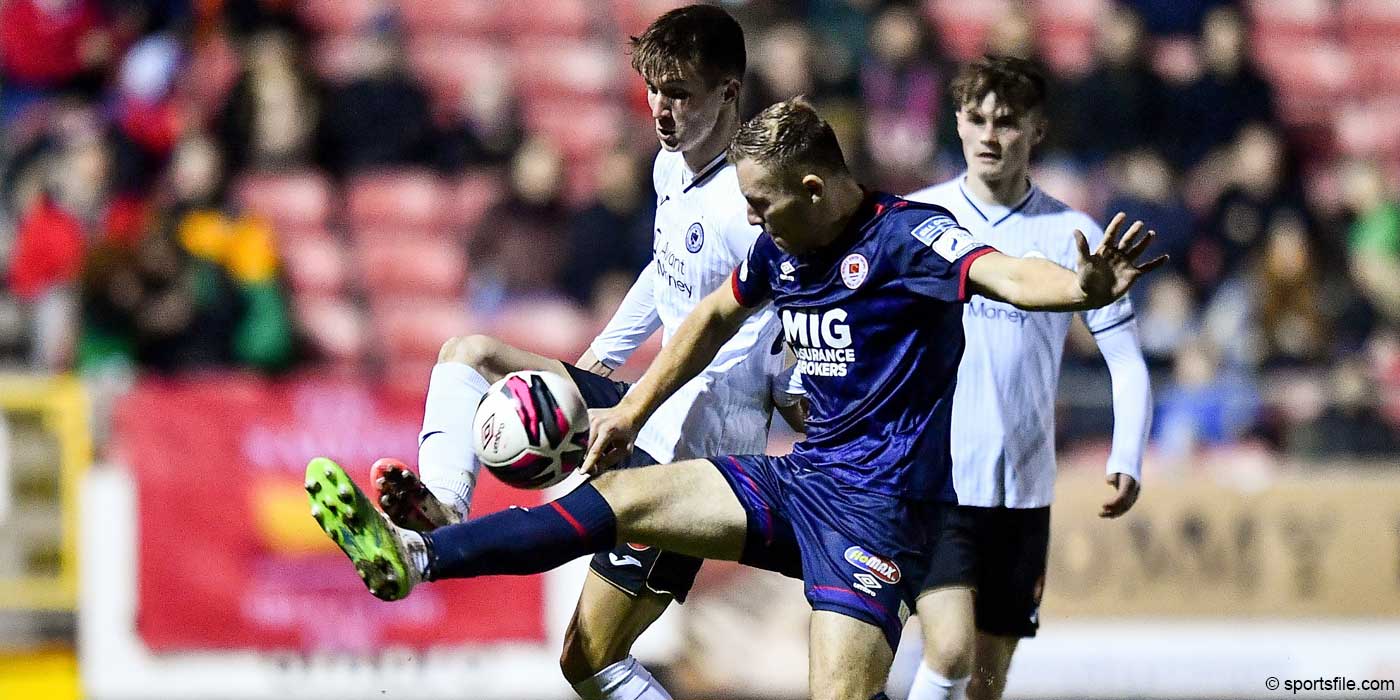 St Patrick's Athletic will have to wait for at least another week for confirmation of second place after a 3-0 defeat at the hands of Sligo Rovers in Richmond on Friday night.

The visitors took the lead after just 11 minutes when Ryan DeVries hit a beautiful curling effort from just outside the box.

Sligo doubled their lead just before the half time break through Johnny Kenny and Adam McDonnell put the icing on the cake with a free kick in injury time to grant Liam Buckley's men an important three points which secured European football for Sligo next season.

With squad rotation high on the agenda in a busy schedule for The Saints, they made six changes to the side that drew against Bohemians with Lee Desmond, Ian Bermingham, Jamie Lennon, Robbie Benson, Darragh Burns and Ronan Coughlan all coming into the side.

It was a tight opening 10 minutes, and with Liam Buckley's men knowing only a win would do, they looked the most dangerous and 11 minutes in, they took the lead.

Ryan DeVries, who was on target the last time the sides met, intercepted a Jamie Lennon pass and hit a beautiful curling effort from just outside the area which flew into the net to give the Bit O'Red an early lead.

St Pat's could have equalised moments later when Lee Desmond's glancing header at the front post forced goalkeeper Ed McGinty into an acrobatic save with the Sligo keeper tipping the ball over the crossbar and out of danger.

The home side grew into the game, Ian Bermingham and Jak Hickman whipped in dangerous crosses at times while Lennon's long range effort and Darragh Burns' shot, which was hit straight at McGinty were the two best chances for St Pat's in the opening half-hour.

Bermingham did have a shot at goal but his shot was well saved by McGinty. Desmond went close again from the resultant corner but his effort was once again deflected out for a corner as The Saints looked to capitalise on their dominance in possession.

Just before the half-time break, Sligo made it 2-0! They broke at pace and Ryan DeVries teed up Robbie McCourt who delivered a delicious ball from the left into the danger area. Jaros did well to save the initial Johnny Kenny header at point blank range but the rebound fell kindly to Kenny again who tapped into an open net to double the Sligo advantage.

St Pat's did have the ball in the net inside the opening two minutes of the second half. Chris Forrester's moutwatering delivery landed on the head of Darragh Burns who headed home from close range, but the linesman raised his flag for offside and the goal was subsequently disallowed.

The Saints were pushing hard for a way back into the game with Robbie Benson first going close with a blocked shot before Billy King's header back across goal fell at the feet of Chris Forrester but the ball bounced over the foot of the 28 year old.

With St Pat's looking for a way back into the game, Sligo looked dangerous when they broke at pace. When Andre Wright played Mark Byrne in, the angle was just too tight and the latter pulled his shot just wide of Jaros' far post.

Robbie Benson had a chance on the 74 minute mark. Forrester played a terrific ball to half time substitute Billy King and King did well to float a cross into the six yard area. Benson rose highest, but his header drifted inches wide of the target.

Andre Wright almost put the icing on the cake for Sligo Rovers when he raced goal bound but his effort was expertly saved from Jaros as the Czech native got down to push the effort away with Paddy Barrett blocking the subsequent shot.

Deep into injury time, Sligo grabbed a third goal when Adam McDonnnell's free kick from the right hand side beat a crowd of bodies in the St Pats' penalty area and flew into the far corner.

It proved to be the final chance of the game as Liam Buckley's men held on to take all three points home.

Next up for St Pat's is a home tie against Finn Harps next Friday evening as they look to cement second place in their last home game of the season.