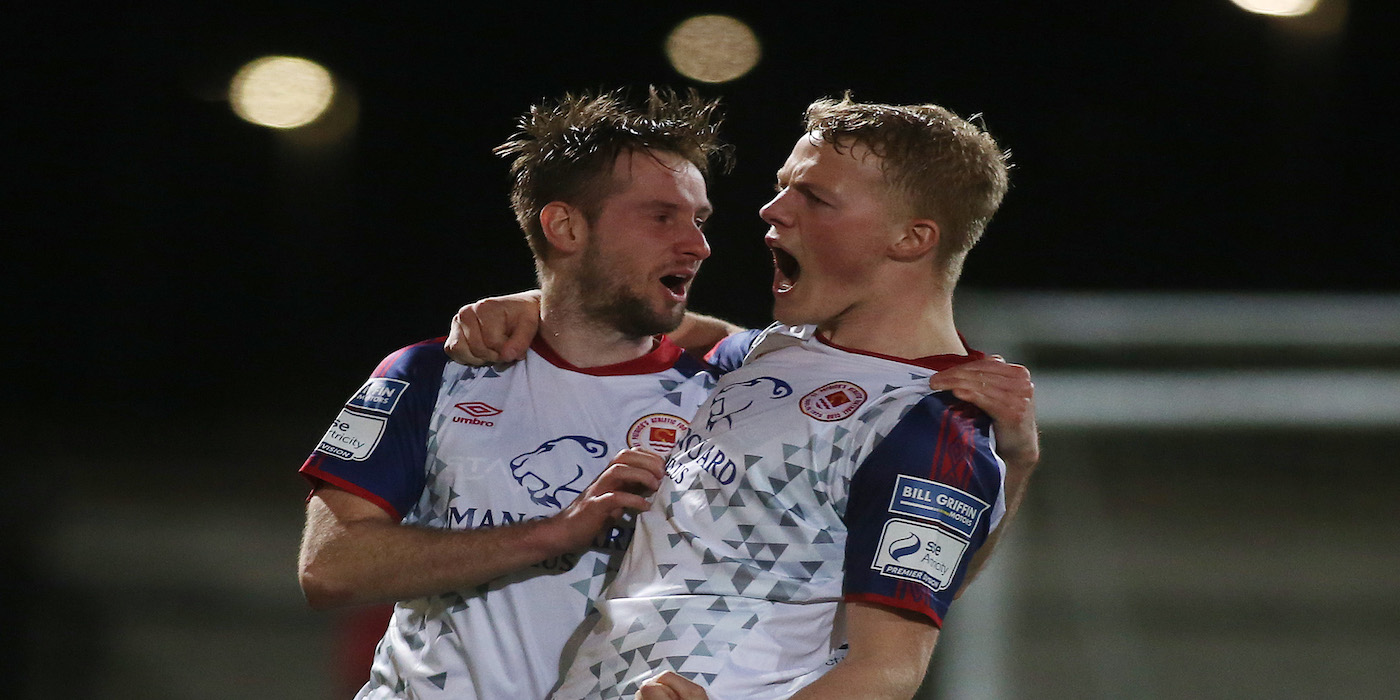 St Patrick's Athletic will be back on the road on Monday evening to the Ryan McBride Brandywell Stadium.

Kick-off against league leaders Derry City is at 7.45pm, with away tickets available online only HERE

The match will also be live on LOITV for those not traveling to Derry.

The Super Saints come into Monday evening off the back of an impressive 4-0 victory away to Drogheda United on Friday.

St Pat's roared back from their defeat to Derry last week with a comprehensive win at Head In The Game Park with Tim Clancy's side putting on a show on his return to the club where he had spent the last four seasons, winning promotion to the Premier Division in the process.

Two goals in each half, with Darragh Burns and Eoin Doyle netting before half-time and Billy King and Kyle Robinson scoring in the second, a first Premier Division goal for Kyle, on his debut, with his first touch, ensured Clancy ended the evening much happier than his old friend Kevin Doherty.

16-year-old Sam Curtis, a first team debutant at just 15 last season, was handed his first start for the club, becoming the youngest player to start a league game in the modern era.

St Pat's focus has quickly turned to another clash with Derry City, and they'll be hoping for a better result and performance against the league leaders, following Derry's 4-0 win at Richmond just over a week ago.

Derry City come into the game in 1st place, one point ahead of Shamrock Rovers.

They drew 1-1 with Bohemians on Friday evening in Derry. Promise Omochere opened the scoring for the away side before a Will Patching penalty levelled things up and ensured the points were shared.

Ruaidhri Higgins' side have lost just once all season, but a St Pat's win would bring them to within just five points of their opponents.

The teams have met twice already this campaign, the last match between them in Derry saw an injury-time Patching strike earn a 2-1 win for The Candystripes.

Patching had put Derry ahead before Tom Grivosti's March Goal of the Month had made it 1-1.

The last clash at Richmond saw Derry win 4-0, with Matty Smith, Jamie McGonigle (twice) and Cameron Dummigan were on target.

Manager Tim Clancy was delighted with his team's showing in Drogheda on Friday night:

"Our performance was far better and we're very happy with our night's work. We had four different goal scorers tonight and kept a clean sheet, Drogheda is not an easy place to come this season and it's a great response from last week.

I think after last week's performance against Derry, it's probably a good thing that we are facing them again so quickly. The whole lot of us were disappointed after last week, and we know that it fell well below the standards we expect at this club, so now we've not an opportunity to go up there on Monday and put in a way better performance than last week that's our main aim, to try to get a positive result.

We have to try to find consistency. We've had a few good performances and then we have a poor result, and then a few more good performances, so there's no better way to try and start fining that consistency then at The Brandywell. There'll be a packed crowd again and we're looking forward to it"

Tickets: Kick-off against league leaders Derry City is at 7.45pm, with away tickets available online only HERE

LOITV: For those who can't make it to Derry, the match will be live on LOITV for a match pass for 7 euro.