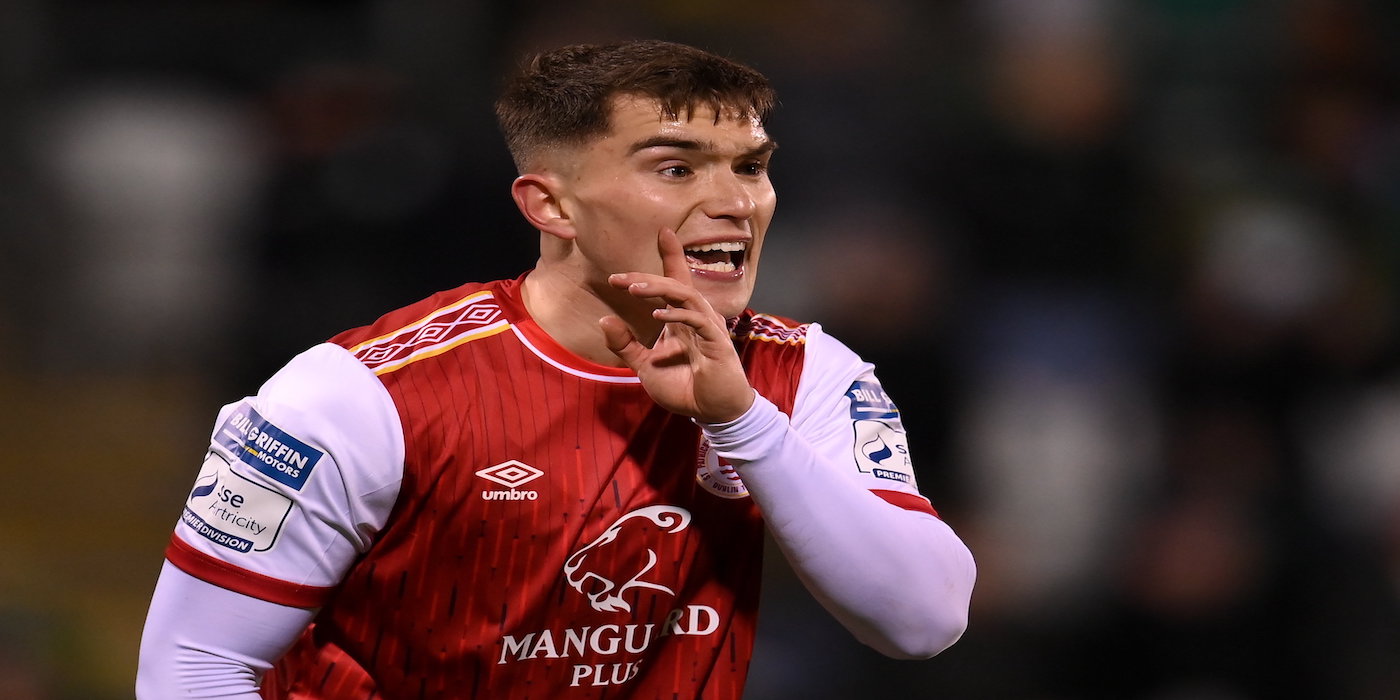 St Patrick's Athletic are back in Richmond on Friday night as they host Shelbourne in the first of two home Dublin derby matches over the weekend.

The game will kick off at 7.45pm, with home tickets available online HERE and away tickets via Shelbourne, links on their social media channels.

The match is likely to sell out and we advise all supporters to buy their tickets online to avoid disappointment.

The Saints have had a busy few weeks with three away games in a row.

They were last in action on Saturday night when they travelled west to take on Sligo Rovers.

Aidan Keena opened the scoring for the Bit O'Red in the first half, but Darragh Burns struck back after the half-time break to ensure a draw for his side after a brilliant goal involving Chris Forrester and Eoin Doyle.

The Saints are unbeaten in those three away games, after a 4-0 win in Drogheda and a scoreless draw in Derry. Those results over last fortnight has left the Inchicore side in 4th place, level on points with 3rd placed Dundalk.

Shelbourne come into the game in good form, having won their previous two games at home to Sligo Rovers and Drogheda United.

They were in action last Friday night when they beat Drogheda United at Tolka Park.

Sean Boyd's goal just after half-time was enough for Damien Duff's side to secure all three points.

They come into the game in 7th place, with 18 points from their opening 15 games.

The sides have met only once so far in the league, and that was way back in February on the opening night of the season.

Goals from Darragh Burns, Mark Doyle and Jay McClelland sealed the points at a sold out Tolka Park in front of the RTE cameras.

Tim Clancy will be hoping for much of the same tomorrow night in Inchicore.

Clancy said:"We played really well the last time we played Shels and scored three really good goals and kept a clean sheet that night so it was a great start to the season.

Shelbourne have had a couple of good wins recently and will be coming into the game with loads of confidence after their win in Derry a few weeks ago and their last two wins at home.

It's certainly a game that we are looking forward to, it's another Dublin derby at home in front of our own fans, we're up for it, we're hoping for a good performance and a win."

Defender Anto Breslin has been reflecting on the last number of weeks and looking ahead of the Dublin Derby Double this weekend:

"Drogheda is a really tough place to go, but we played really well that day and won 4-0. We had to go up and do what we did in Derry after they beat us 4-0 ten days before that so we had to go up and give a disciplined performance and I think we did that. We obviously would have liked to play a little bit more expansive, but you have to do what you have to do up there against a really good team.

In Sligo, I think we were really unlucky not to come away with three points. I think we had enough chances possibly to win the game, but we'll take a point on the road. It's a tough place to go and I think they'll take points off teams this year definitely."

Looking ahead to Friday night;s derby, Breslin expects a different Shelbourne challenge than the opening night:

The atmosphere in Tolka was unbelievable on the opening night) and it was great for the league too. I think we dealt with the pressure well and hopefully we will get the same result again on Friday.

That was their first game, so they are more or less a new team, a bit like ourselves really it takes a few games to get going. They're probably even more organised now and more well drilled. They're obviously fitter, they've played a lot more games so I imagine it will be a very tough game."

Team-news: Jamie Lennon (foot), Adam Murphy (hamstring) and Ronan Coughlan (hamstring) will all miss the game, Paddy Barrett continues his recovery from surgery and has returned to the training pitch with James Abankwah also nearing a return to action.

Tickets: The game will kick off at 7.45pm, with home tickets available online HERE and away tickets via Shelbourne, links on their social media channels.

LOITV: For those who can't make it to Richmond, the match will be live on LOITV for a match pass for 7 euro, Jamie Moore and Ger O'Brien will be in the commentary box.