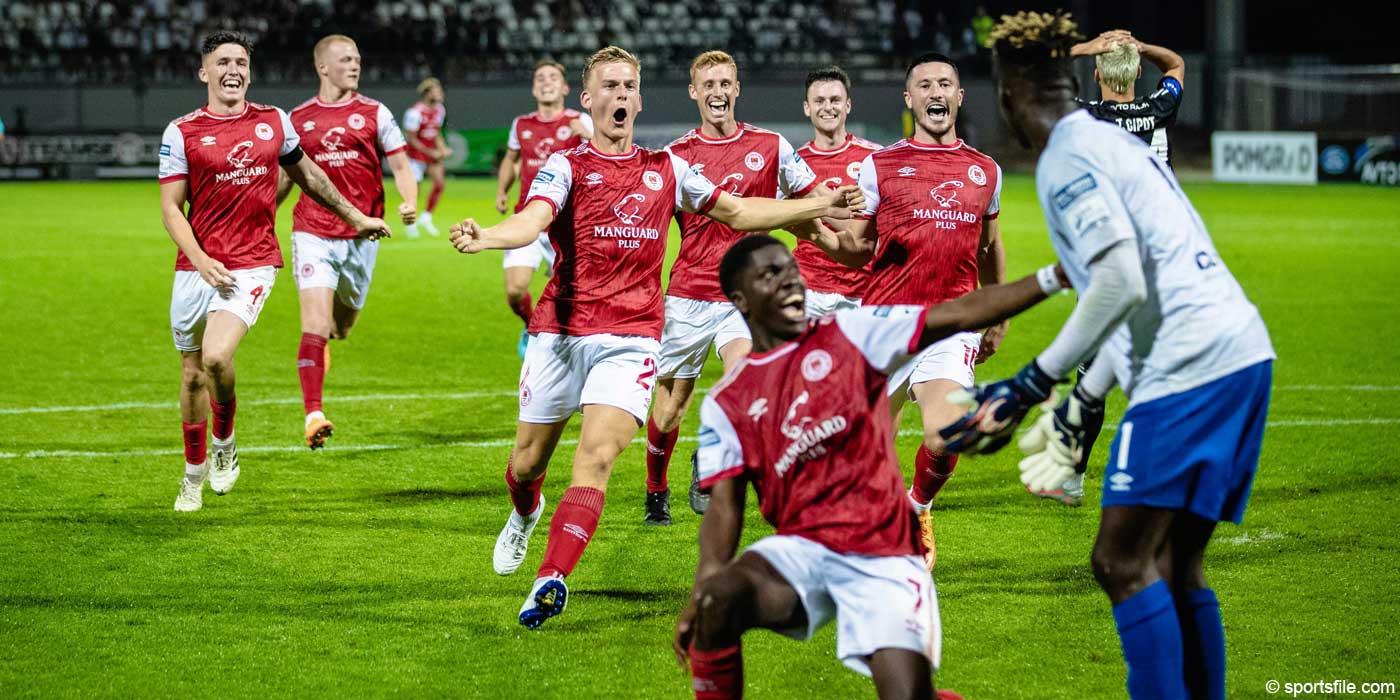 Joseph Anang was the hero for St Patrick's Athletic as they withstood a big challenge from 10-man Mura to progress on penalties to the third qualifying round of the Europa Conference League.

The on-loan West Ham United keeper made a string of top-class saves in normal time and in extra-time and saved one of the spot-kicks in the shoot-out to boot.

Both sides missed twice in the first five, Josip Majic, who was brought on specifically for penalties, and Mihael Klepac for Mura, Barry Cotter and Tom Grivosti for Pats.